Agony and Ecstasy, Week 2: One big, happy Beaver family, and more of the week's best photos

Share All sharing options for: Agony and Ecstasy, Week 2: One big, happy Beaver family, and more of the week's best photos 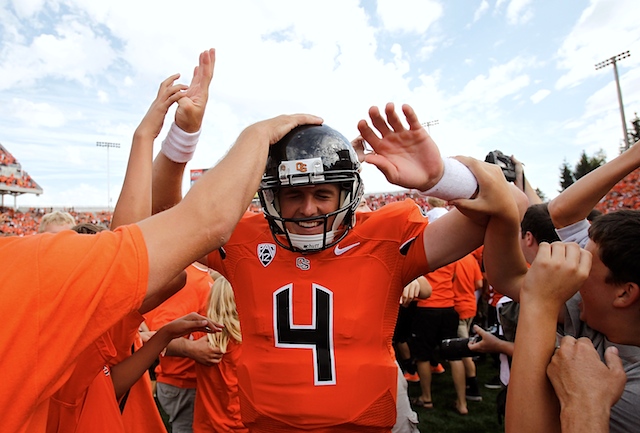 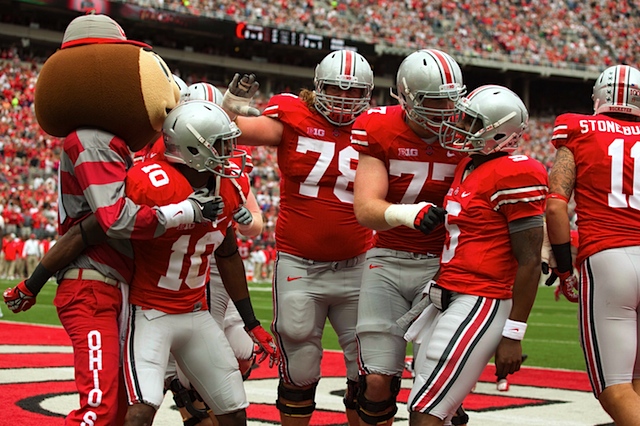 Brutus is cordially invited to join the party following a Braxton Miller touchdown in Ohio State's 31-16 win over Central Florida.
- - - 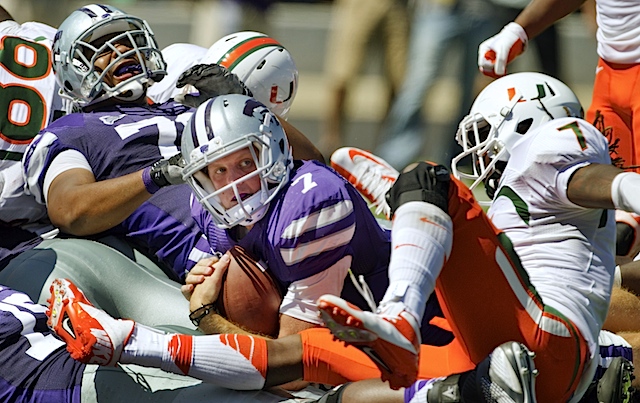 Colin Klein crosses the line (I think) for one his three moose-like touchdowns in Kansas State's 52-13 rout over Miami.
- - - 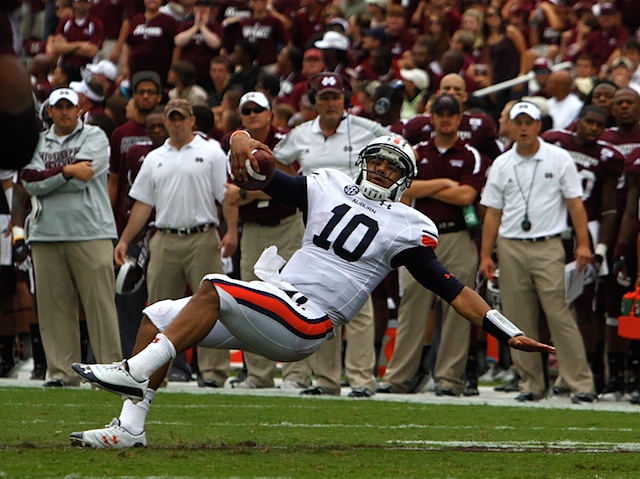 Kiehl Frazier in his essence during Auburn's 28-10 loss at Mississippi State.
- - - 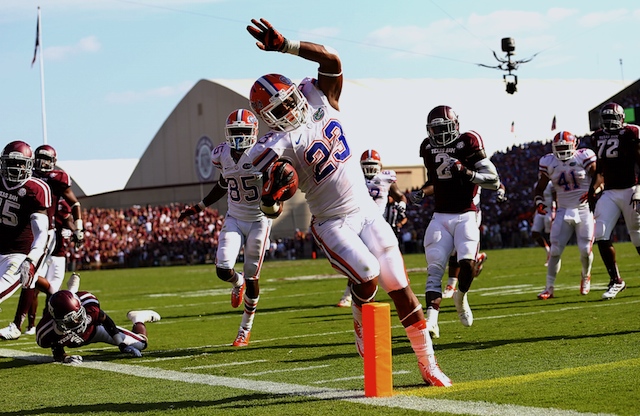 Mike Gillislee walks the tightrope for one of his two touchdowns in Florida's 20-17 win at Texas A&M.
- - - 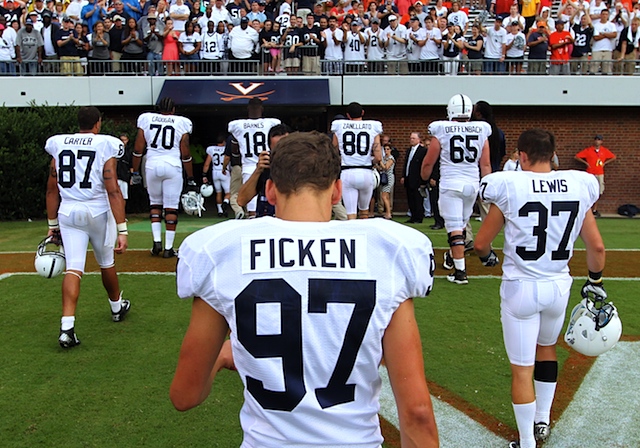 Penn State's new, name-bearing uniforms did kicker Sam Ficken no favors after he missed four field goals in a 17-16 loss at Virginia, including the would-be game-winner as time expired.
- - - 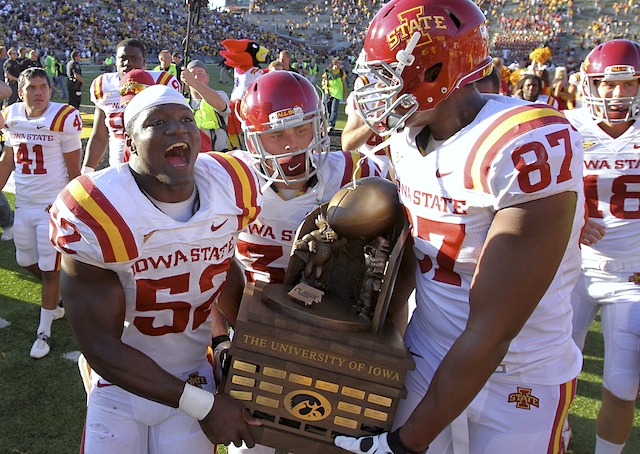 The game wasn't pretty, and neither is the new version of the Cy-Hawk Trophy, but Iowa State will take it after a 9-6 win at Iowa.
- - - 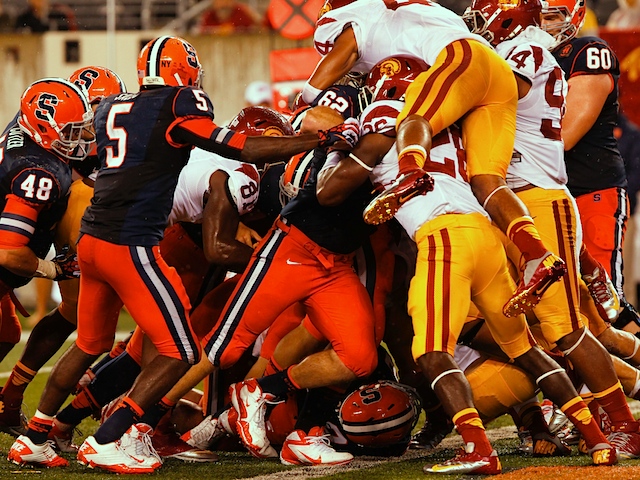 Syracuse quarterback Ryan Nassib scores a touchdown in the Orange's eventual 42-29 loss to USC. Seriously, he's in there somewhere.
- - - 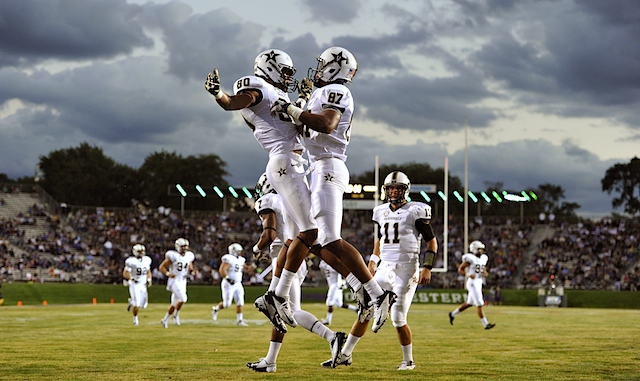 The Evanston skies were angry when Vanderbilt opened the scoring with a touchdown on its first possession, but presumably enjoyed Northwestern's fourth quarter rally for a 23-13 win.
- - - 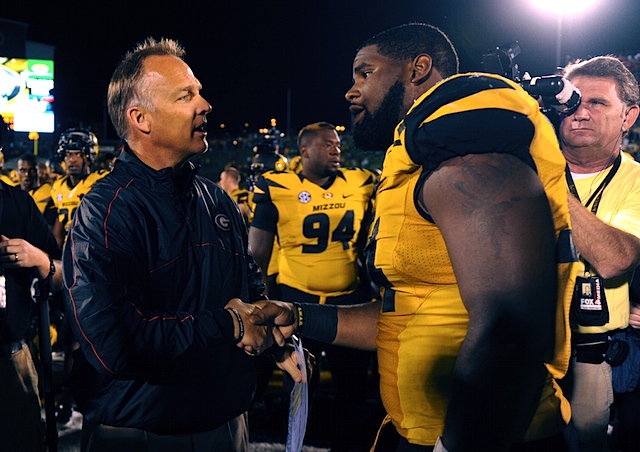 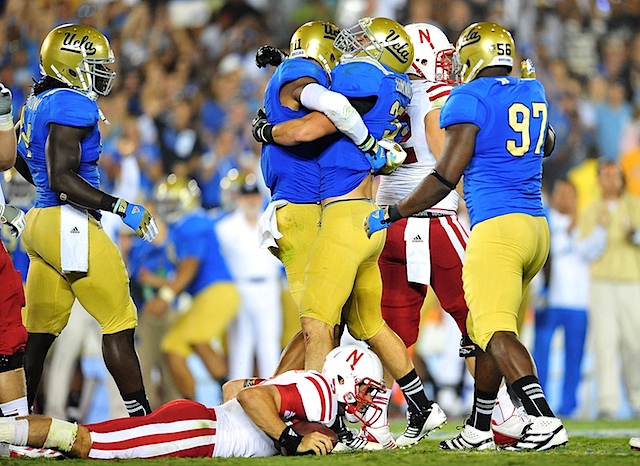 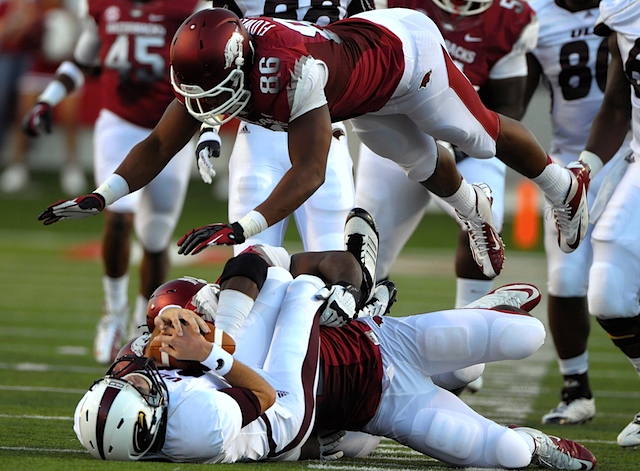 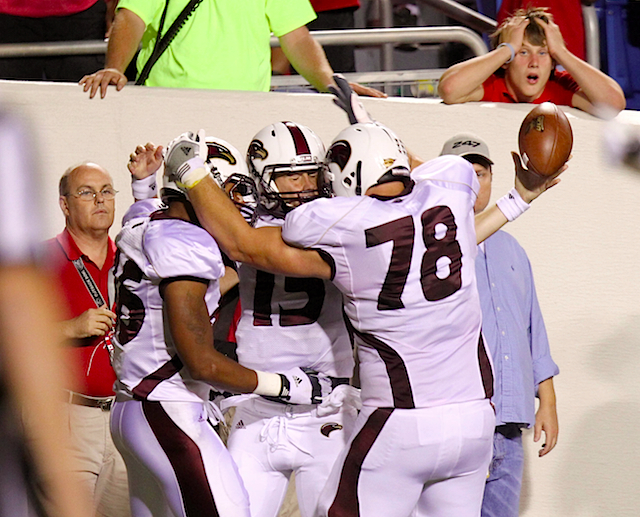 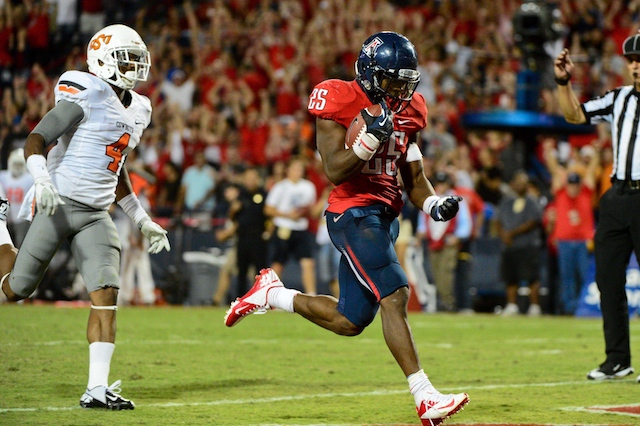 Arizona running back Ka'Deem Carey throttles down on the third of his four touchdowns in a 59-38 win over Oklahoma State.
- - - 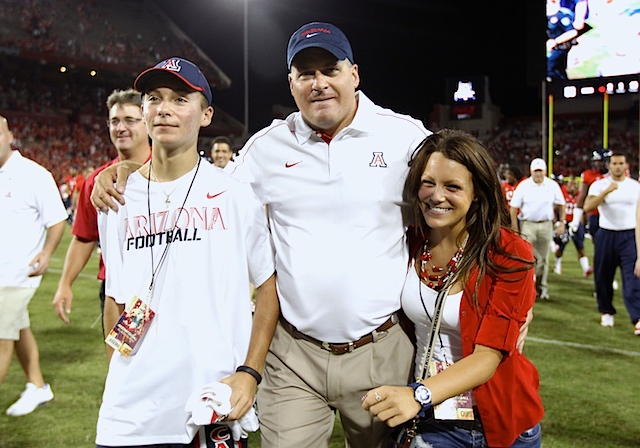 After the last few years, Rich Rodriguez isn't the only one who appreciated the victory.
- - -