Agony and Ecstasy, Week 4: Mountaineer in the Mist, and more of the week's best photos

Share All sharing options for: Agony and Ecstasy, Week 4: Mountaineer in the Mist, and more of the week's best photos 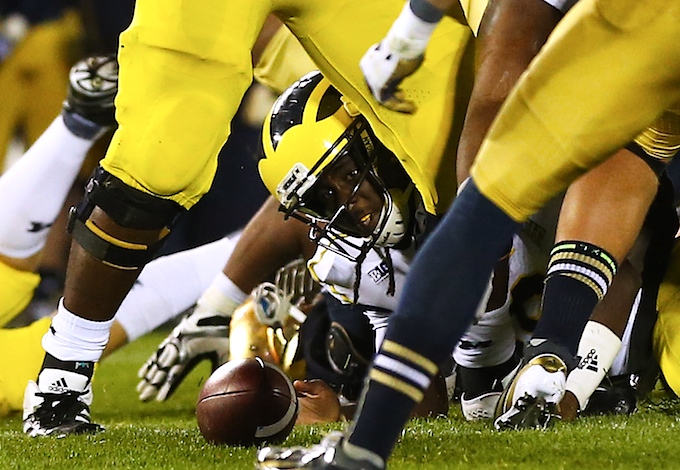 Denard Robinson's life flashes before his eyes in Michigan's 13-6 loss at Notre Dame.
- - - 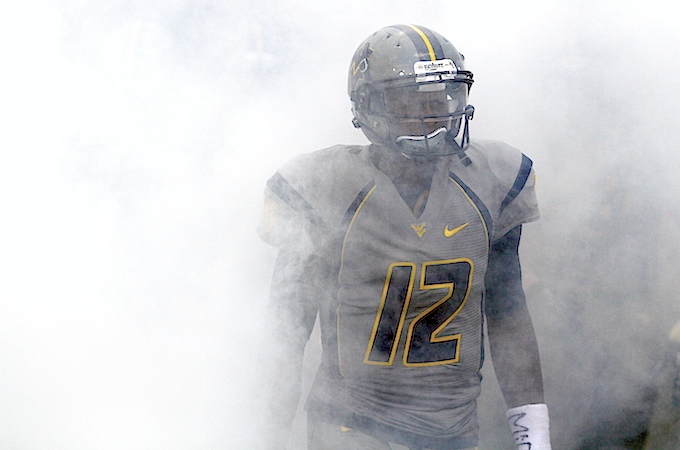 I paused, holding my camera still as he emerged. Somewhere above, out of sight in the canopy, several females shrieked in equal parts fear and excitment. He was beautiful, this "Geno in the Mist."
- - - 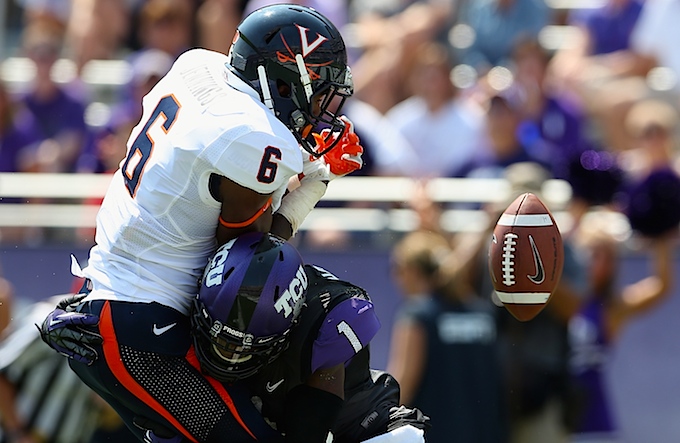 TCU's Chris Hackett enjoyed getting to know Virginia's Darius Jennings, but prefers to leave things up in the air.
- - - 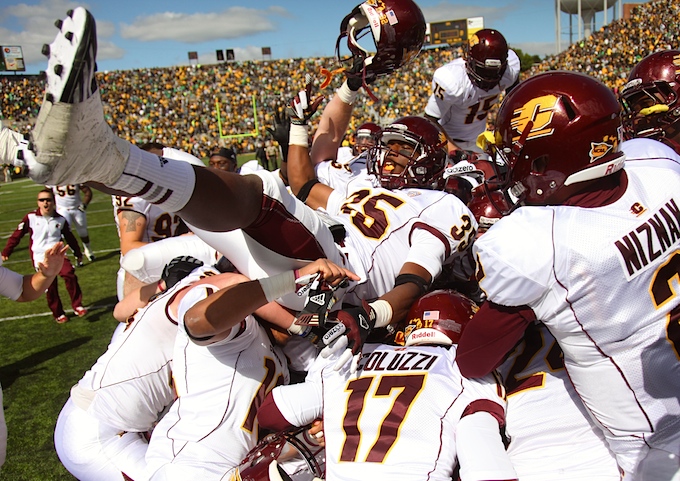 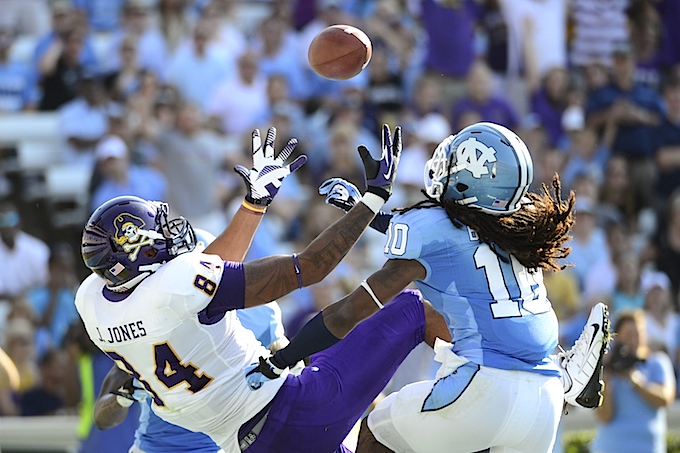 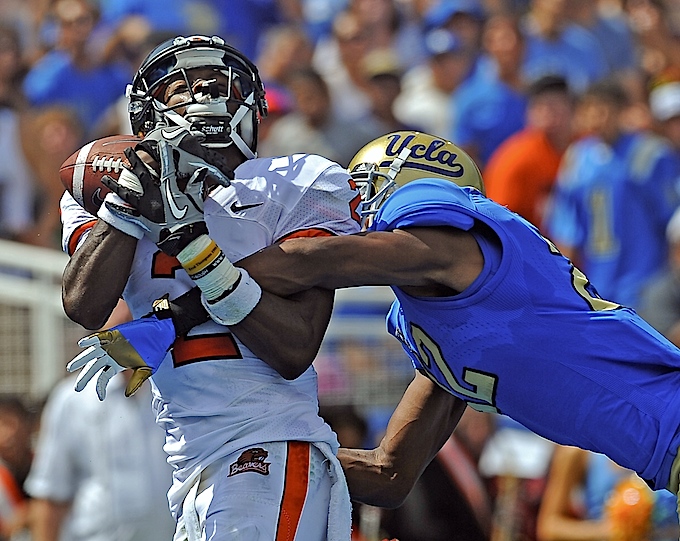 Oregon State's Markus Wheaton brings down a touchdown, despite the best efforts of UCLA's Sheldon Price.
- - - 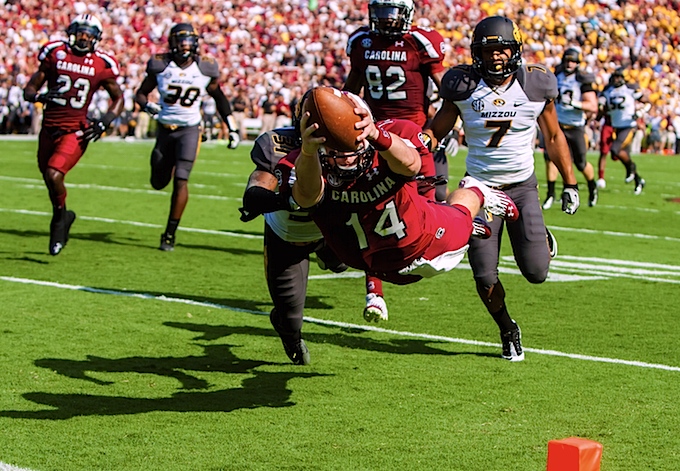 Something tells me South Carolina quarterback Connor Shaw isn't all that concerned about his wonky shoulder.
- - - 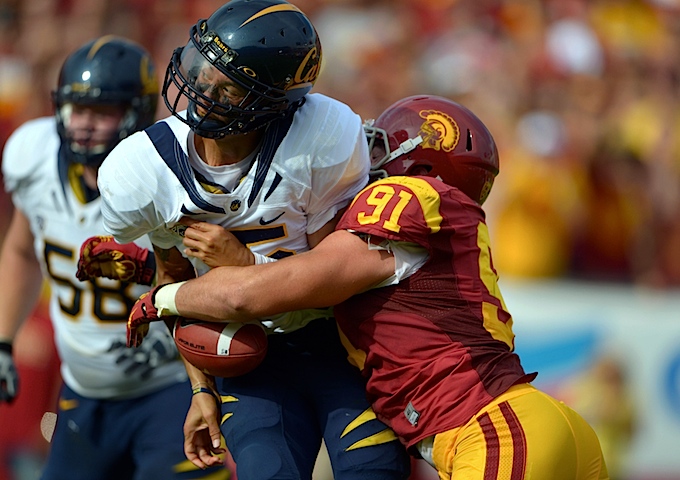 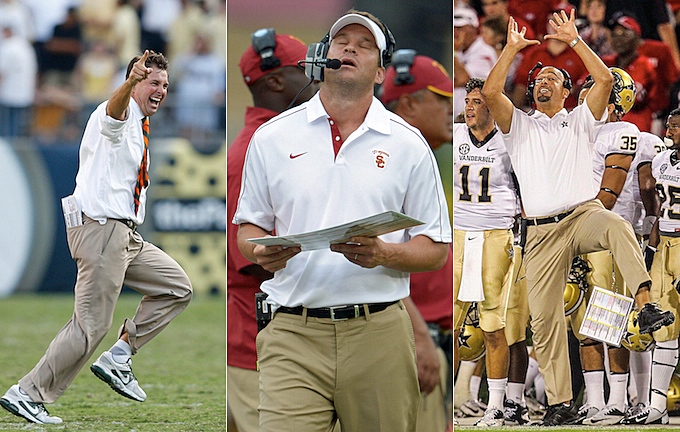 Al Golden and James Franklin danced the dances of victory and defeat, respectively, while Lane Kiffin is just trying to find his center.
- - - 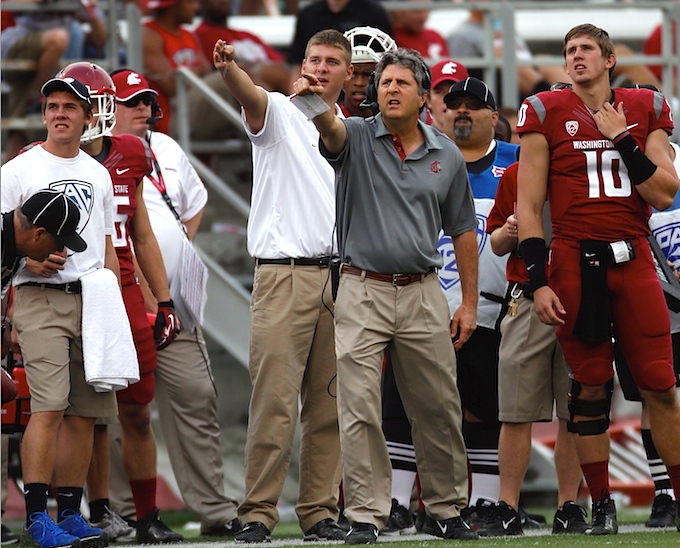 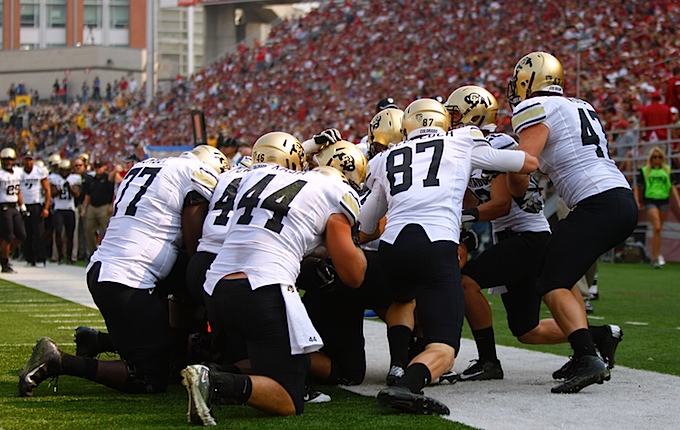 Incredibly, Colorado had reason to celebrate at Washington State for the first time this season.
- - - 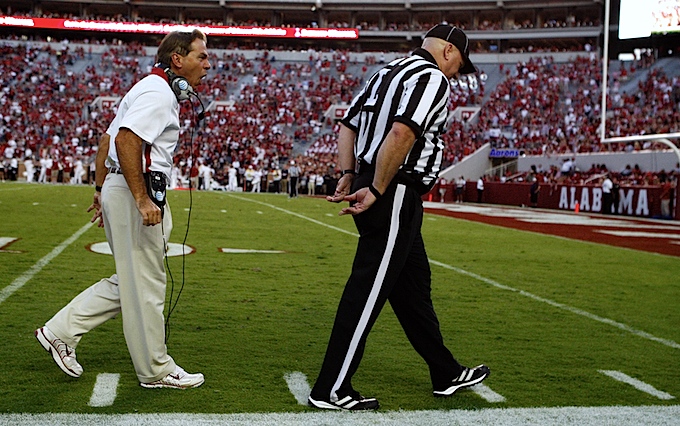 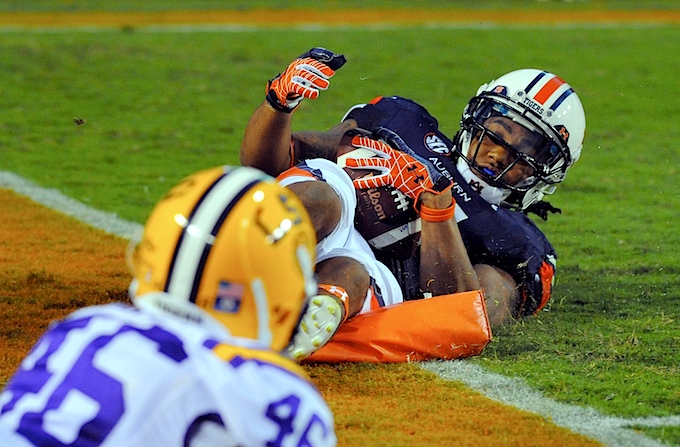 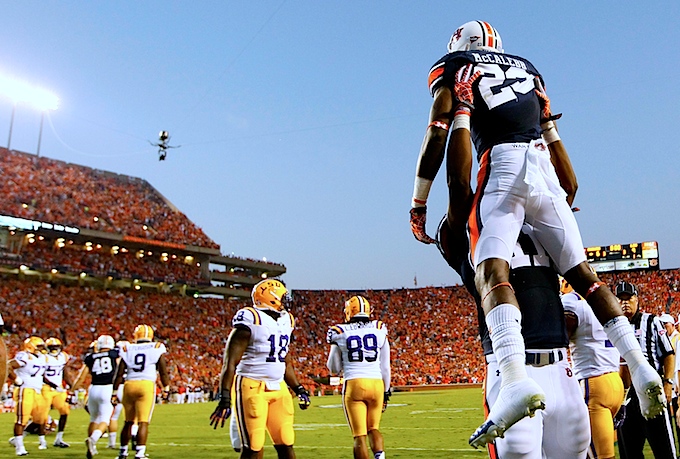 ...but it was Onterio McCalebb who got to enjoy the view after running in the Tigers' only touchdown in a 12-10 loss to LSU.
- - - 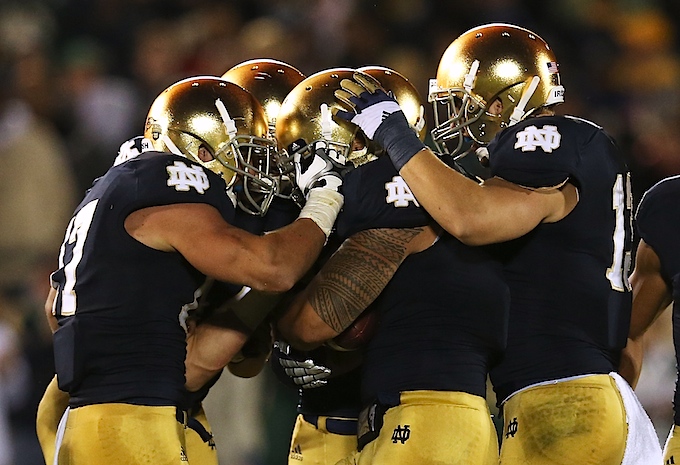 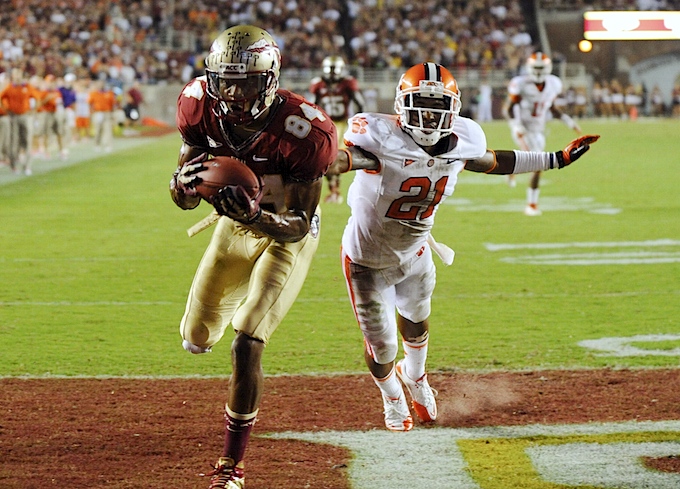 Clemson's Darius Robinson is a couple steps too late to do anything about this touchdown pass to Florida State's Rodney Smith, but I doubt it would have made Tiger fans any happier if he'd been right on time.
- - - 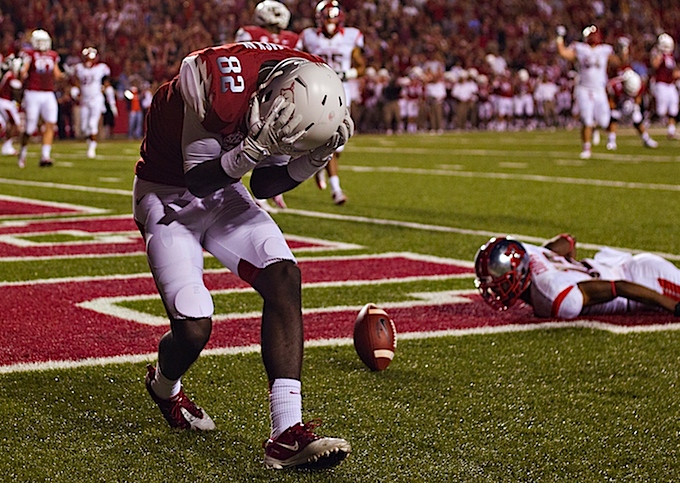 Arkansas' Mekale McKay attempts to climb inside of his hands after dropping a certain touchdown pass against Rutgers.
- - - 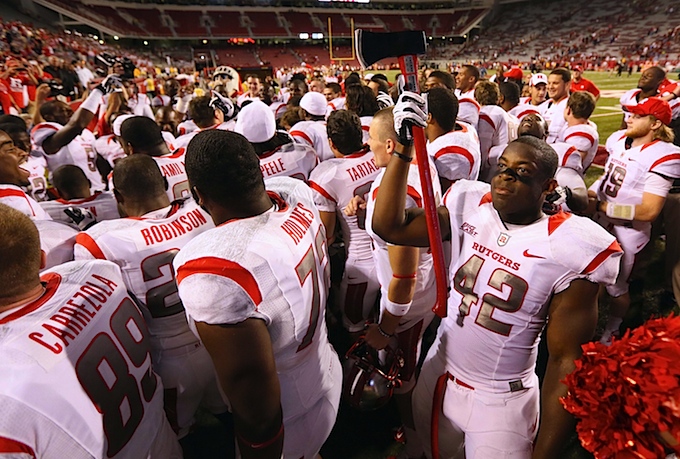 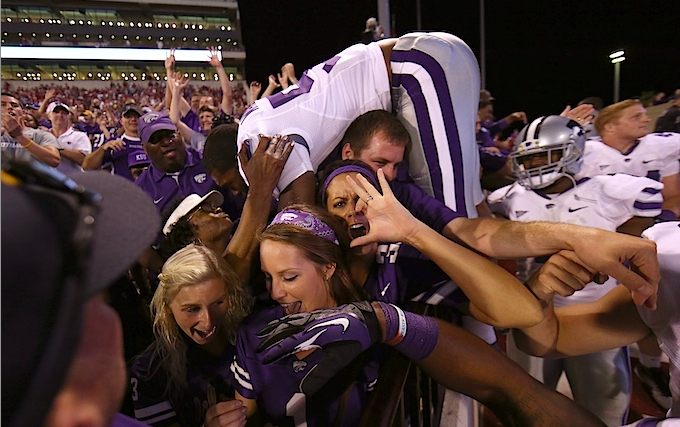