Agony and Ecstasy, Week 3: Reflections on a Devil ball, and more of the week's best photos

Share All sharing options for: Agony and Ecstasy, Week 3: Reflections on a Devil ball, and more of the week's best photos 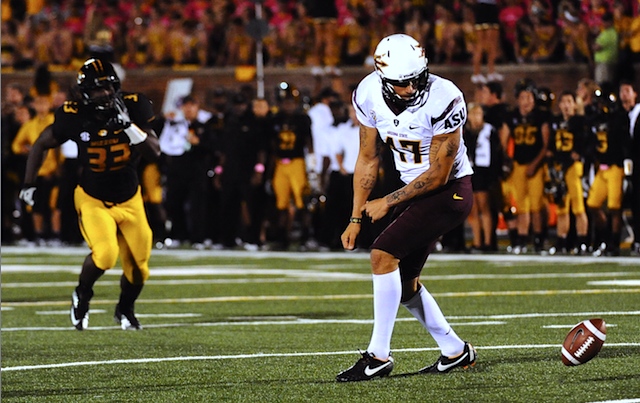 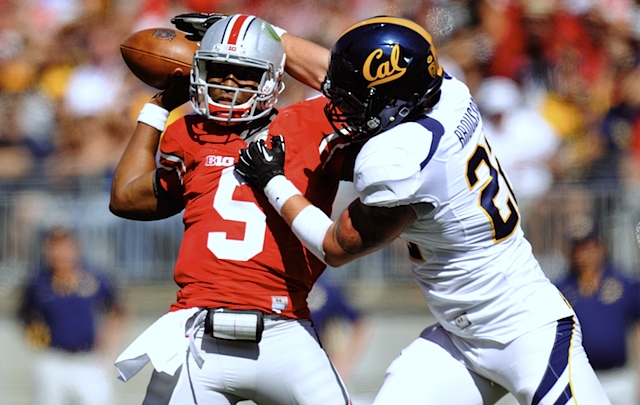 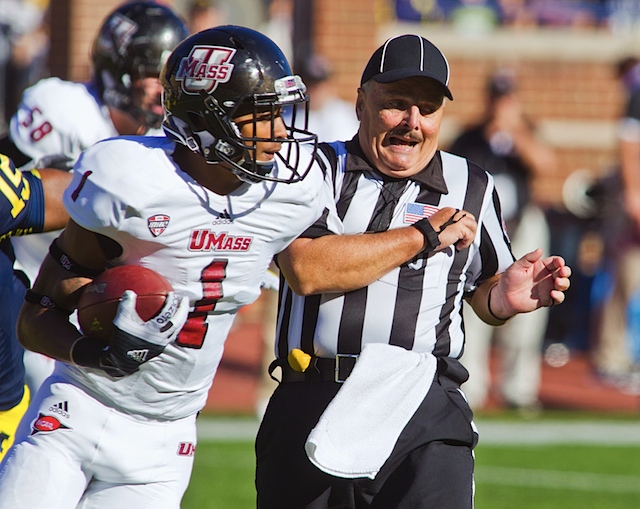 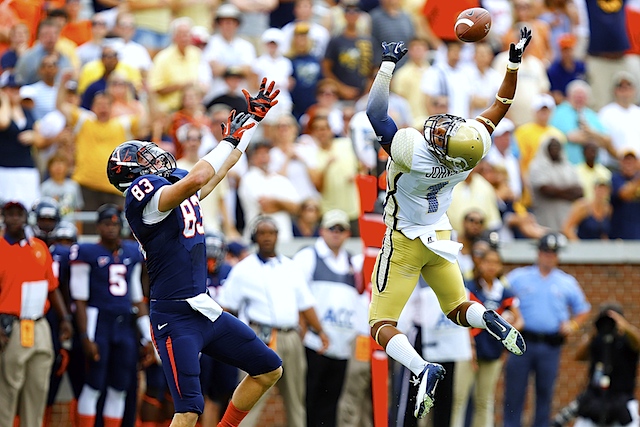 Either the ball has a mind of its own, or Virginia's Jake McGee and Georgia Tech's Isaiah Johnson aren't exercising the best judgment.
- - - 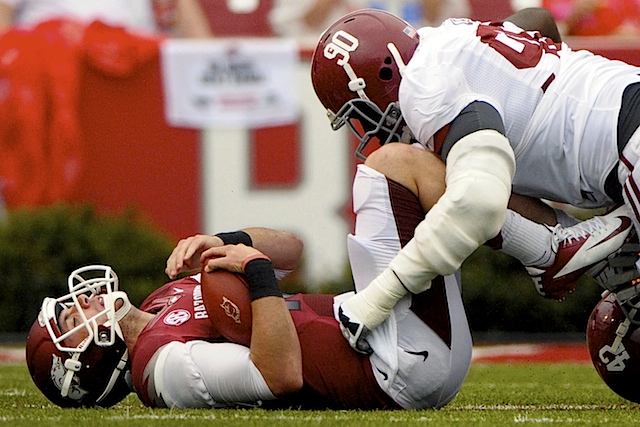 Alabama's may not have presented the ideal circumstances for redshirt freshman Brandon Allen's first career start.
- - - 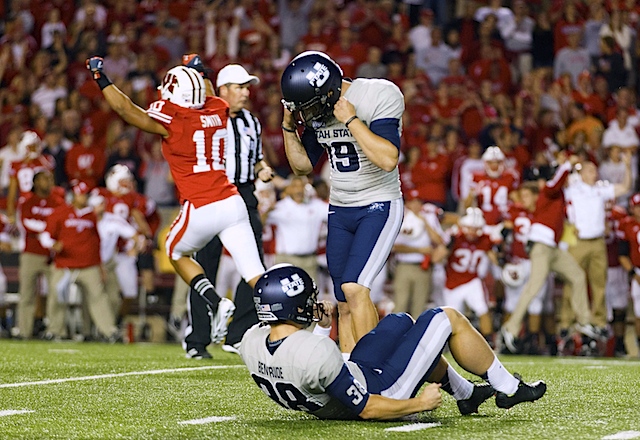 Safe to say Wisconsin never expected to be so happy about beating Utah State on a missed field goal at the last second.
- - - 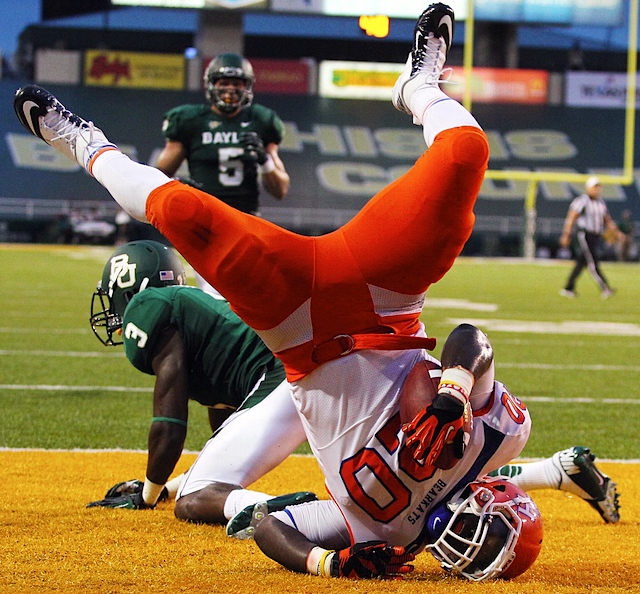 Sam Houston State's Tim Flanders goes head over heels for a touchdown in the Bearkats' near-upset at Baylor.
- - - 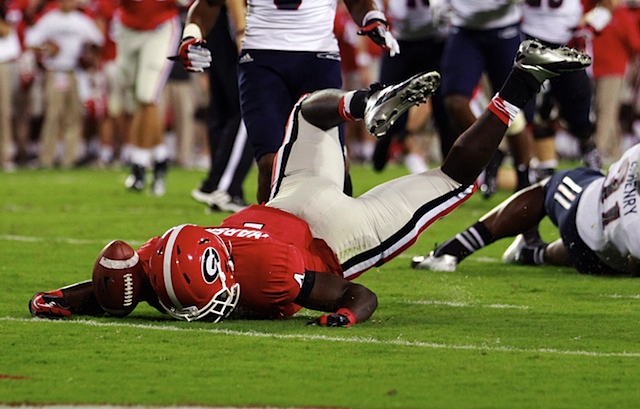 Georgia freshman Keith Marshall was so close to his first career touchdown against Florida Atlantic, he could taste it.
- - - 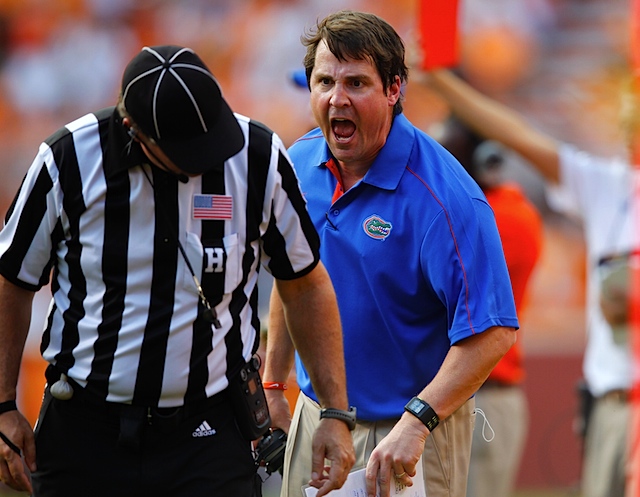 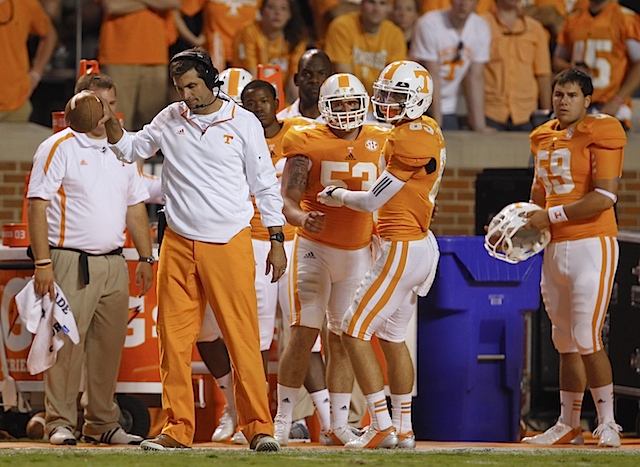 Derek Dooley, moments before every hair on his head spontaneously turns white.
- - - 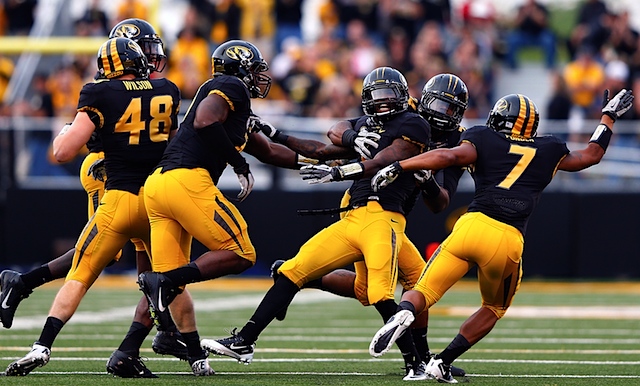 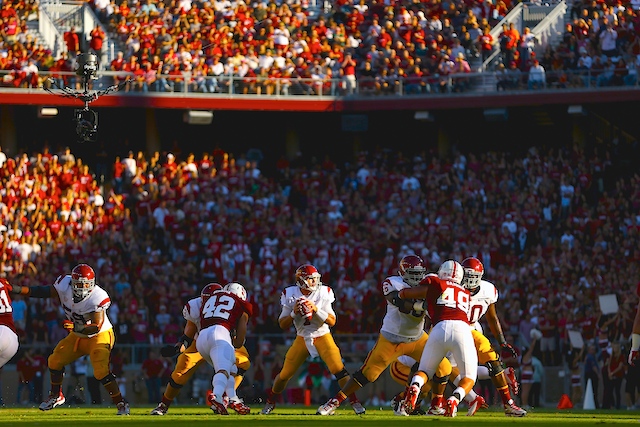 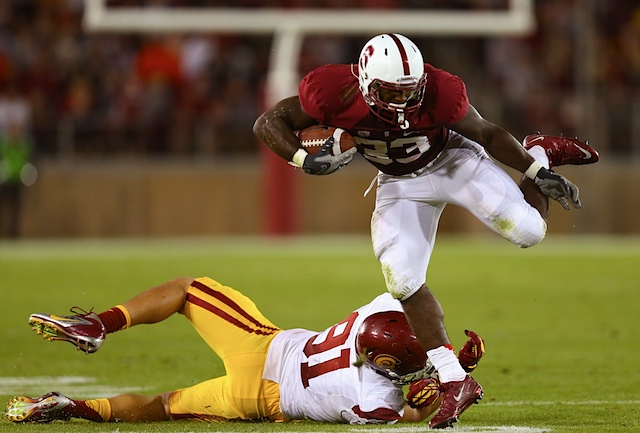 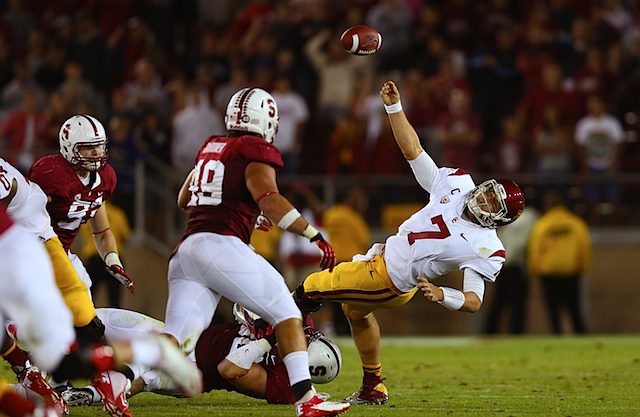 Stanford pulls the rug out from beneath Matt Barkley.
- - - 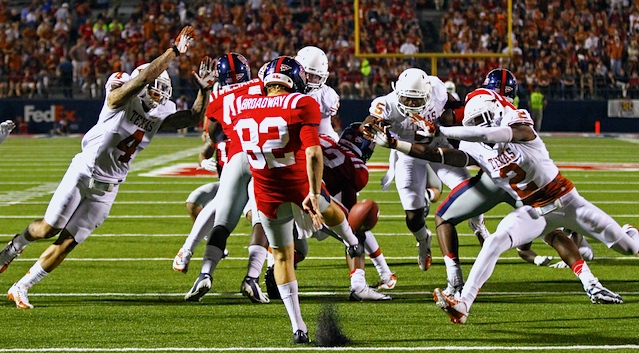 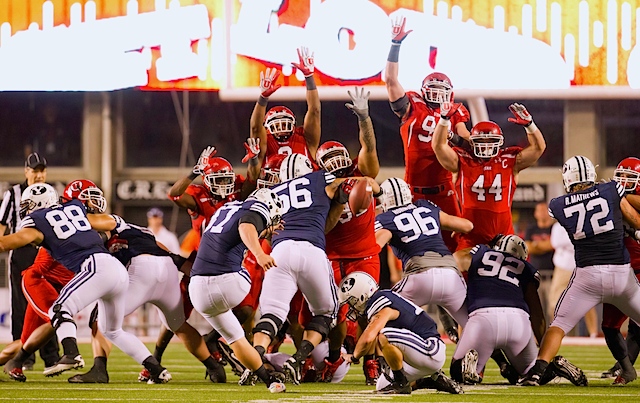 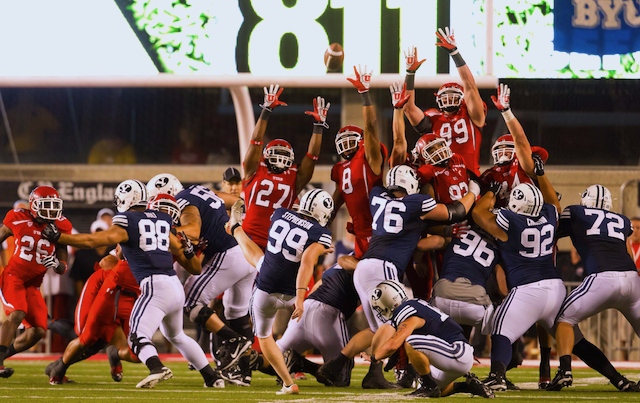 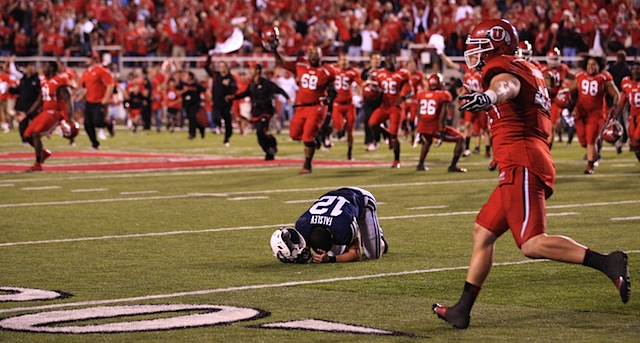 Sorry Cougars: That's a wrap. (There's no way we can afford to keep paying all these extras.)
- - -