Welcome back to Sunday Morning Quarterback

Share All sharing options for: Welcome back to Sunday Morning Quarterback 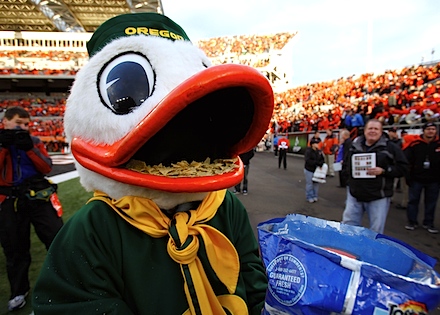 This picture symbolizes nothing.

A few of you (very few, I suspect) may have been familiar with this space in its original, exceedingly humble incarnation from 2006 through 2008. As you can see, not much has changed: The colors and layout are the same, and the archives have been maintained in full. A few more of you may be more familiar with my subsequent turns in mainstream outlets, which have been healthy for my prose and my sense of what audiences actually want to read. Going forward, the sensibility here will reflect a little bit of all of the above.

Rest assured, though, in keeping with SB Nation's largely hands-off editorial policy, that the sensibility will be mine and mine alone, for better or worse. Among the categories of posts it likely will not be indulging:

1. Up-to-the-millisecond headlines.
3. Inside information on 16-year-old recruits.
3. Bowl projections, Heisman rankings or debates over which conference or rivalry is best.*
4. Anything written on a t-shirt or billboard.

I'll be doing variations on all of those themes elsewhere, for much better money. On the other hand, SMQ will include:

That, along with a healthy dose of satire, a simmering contempt for the Bowl Championship Series and probably a smattering of words that deeply disappoint my parents. The result, I hope, will be alternately cerebral and emotional, and sometimes both at once. But whatever it is, the product will be built day by day, brick by brick, by one pair of hands. Pecking away on a keyboard.

So we're off, then. For future reference, yes, I am a hater out to tear down your favorite team, coach and player, despite their always exemplary performance and behavior. You got me! No, this is not quite "journalism." Apologies in advance for the typos.

- - -
* The answer to both questions is always, under all circumstances, "whichever one you most personally relate to." There can be no debate.