Agony and Ecstasy: A softer side of Will Muschamp, and more of the best photos of Week 10

From Miami to Corvallis and beyond, it's the pics of the week

Share All sharing options for: Agony and Ecstasy: A softer side of Will Muschamp, and more of the best photos of Week 10 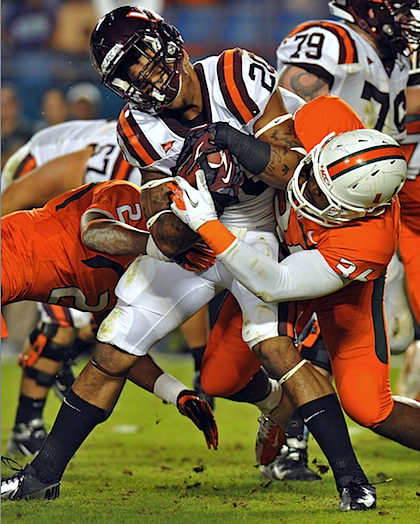 Suddenly Virginia Tech's Michael Holmes realizes why his friends told him to keep his head on straight when visiting Miami.
- - - 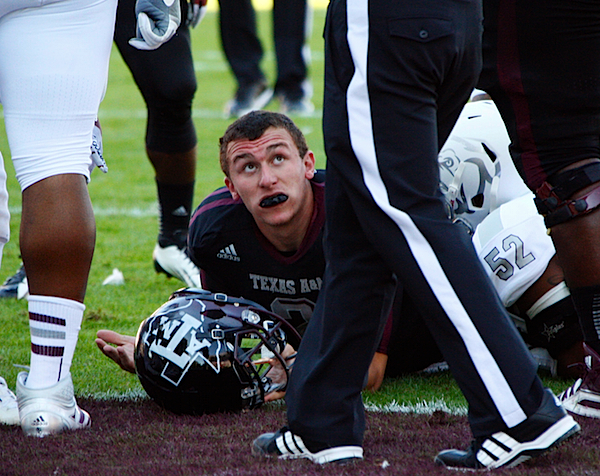 Look, of course he's going to pay you back, Johnny Manziel just needs you to spot him a few bucks for end zone fare.
- - - 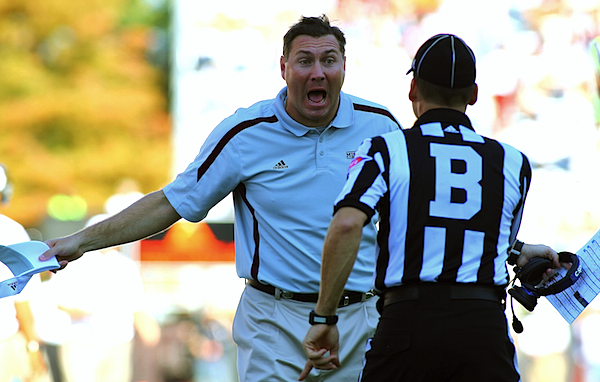 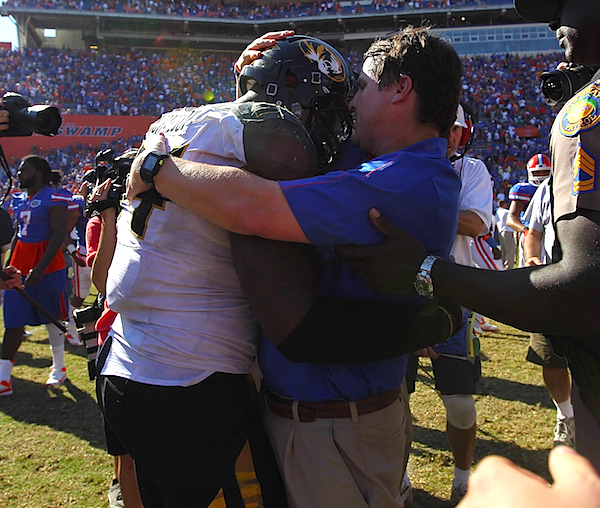 Will Muschamp consoles Sheldon Richardson with a gentle lullaby after Missouri's loss at Florida .
- - - 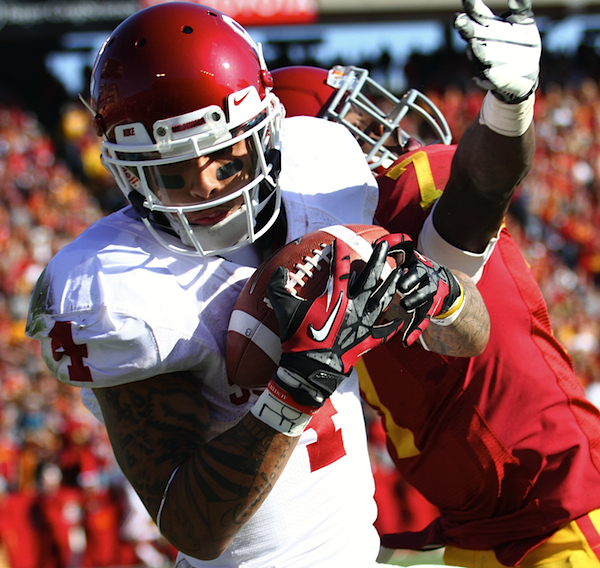 Iowa State's Cliff Stokes had Oklahoma's Kenny Stills right where he wanted him, until he didn't.
- - - 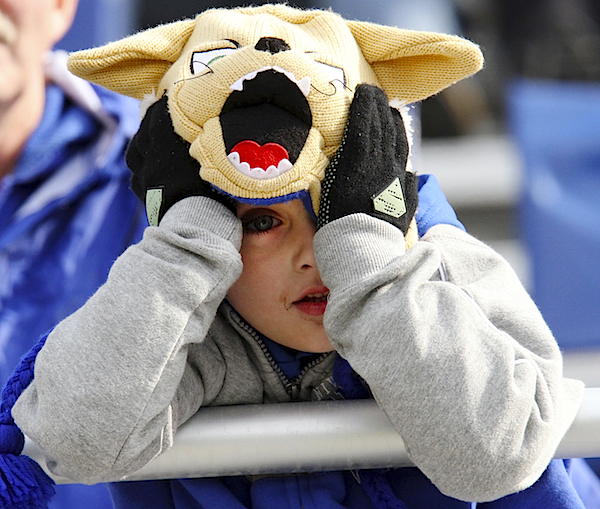 It just dawned on this kid that he's in too deep to escape a lifetime of Kentucky fandom.
- - - 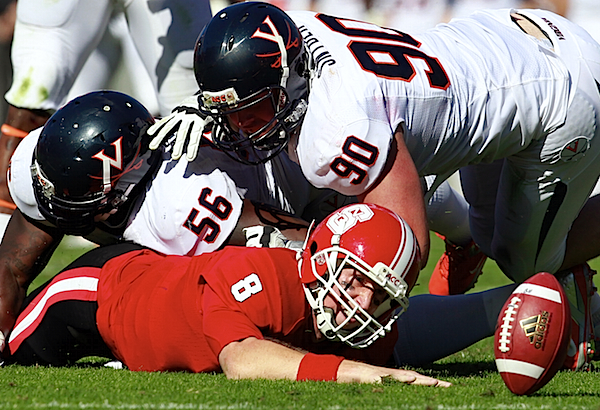 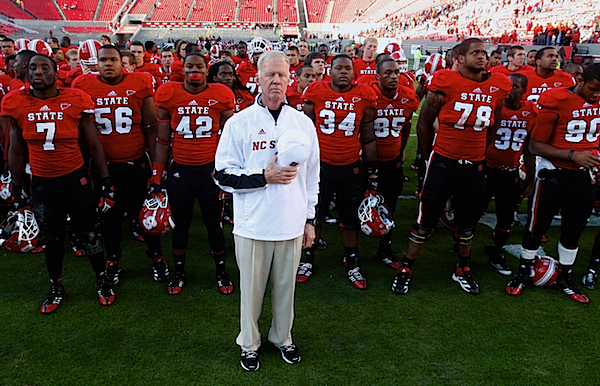 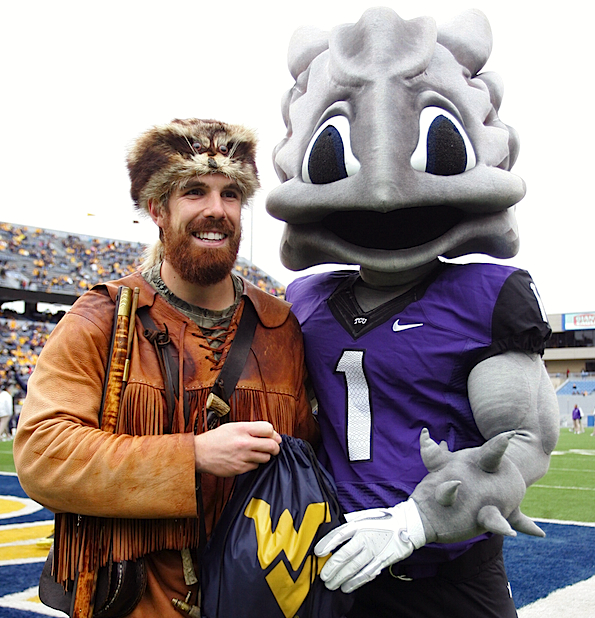 Seconds later, the Mountaineer was dead.
- - - 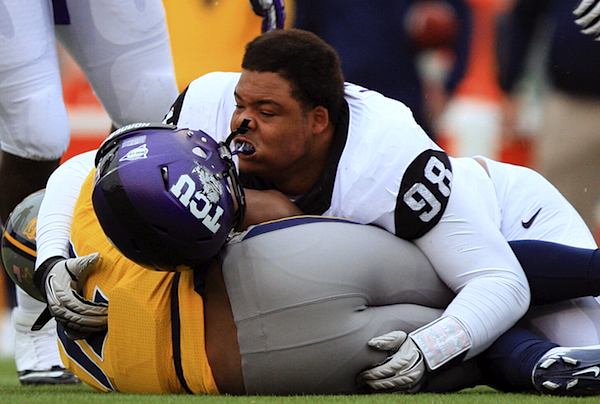 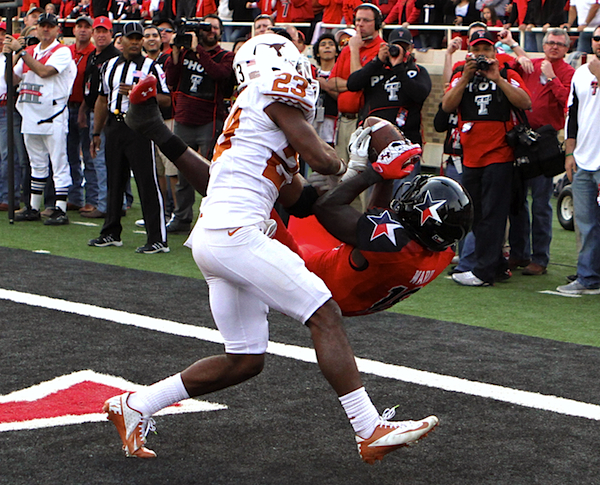 Maybe Texas Tech's Eric Ward would have come down with this ball if he wasn't so laid back about it.
- - - 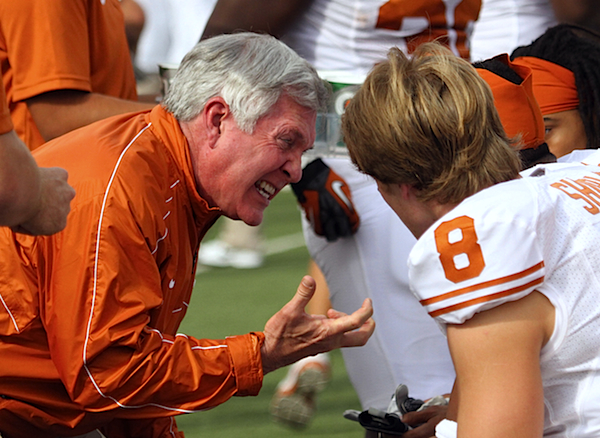 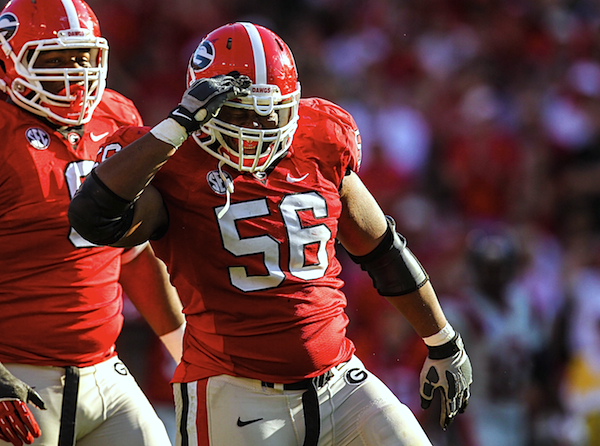 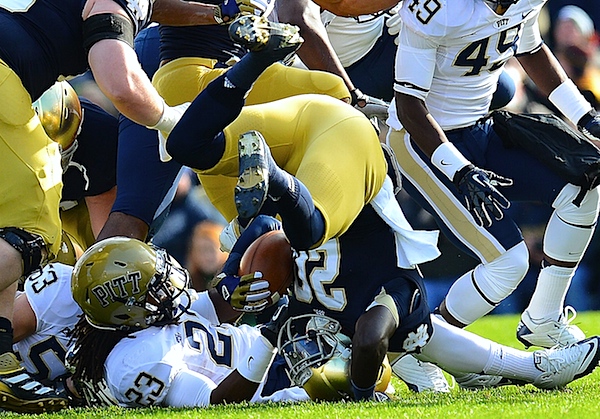 Cierre Wood, playing the role of the BCS standings in Pitt's upset bid at Notre Dame. This was actually the most comfortable position in the stadium for the rest of the afternoon
- - - 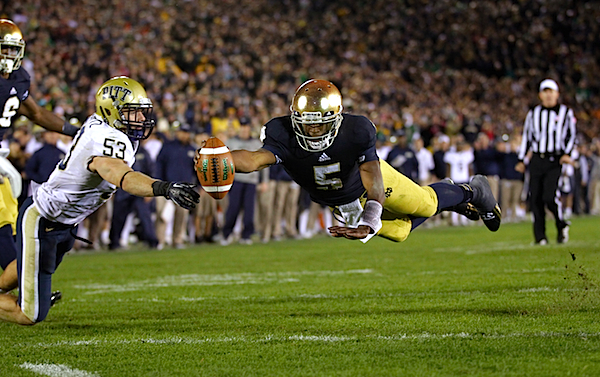 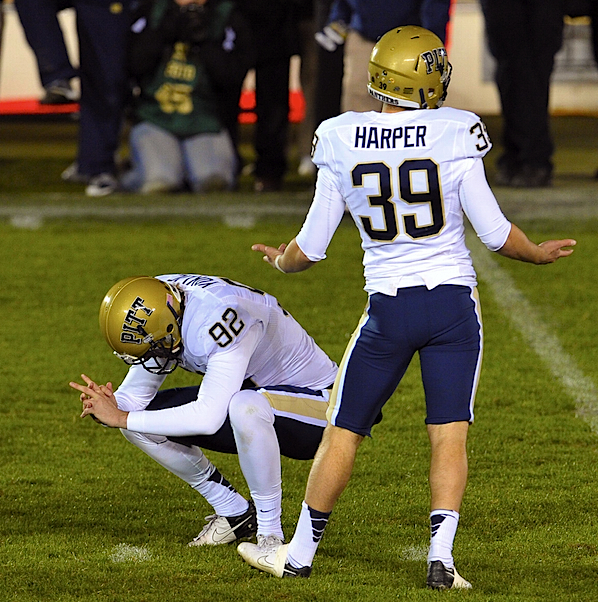 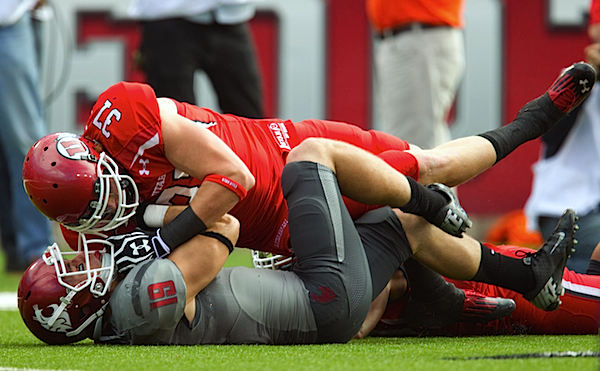 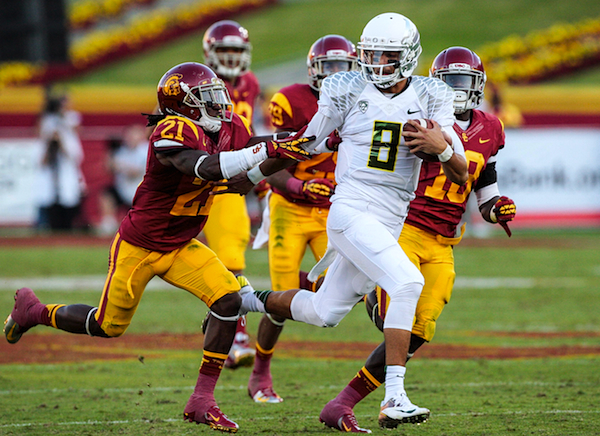 Oregon quarterback Marcus Mariota, on another leisurely gallop through the USC secondary.
- - - 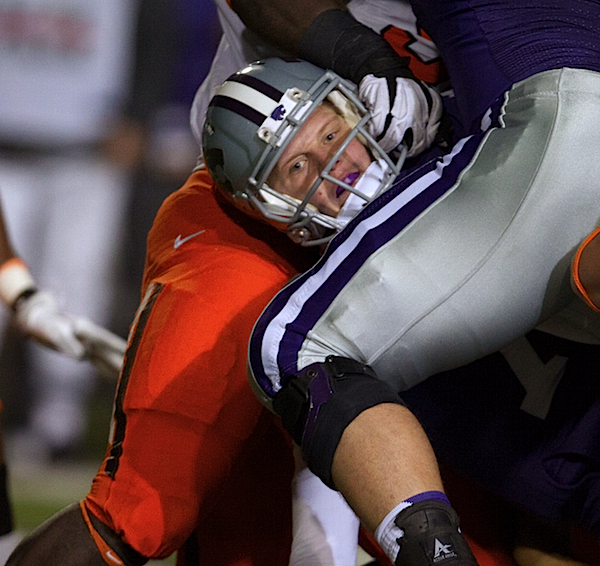 Collin Klein takes a moment to contemplate the seminal work of Antoine Lavoisier.
- - - 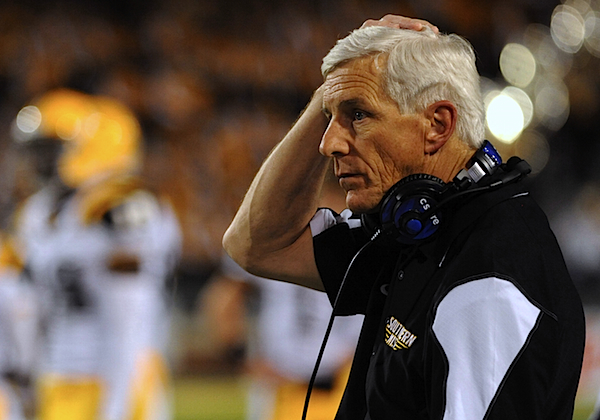 Dr. Sam Beckett leaps into the body of Southern Miss coach Ellis Johnson in the midst of the Golden Eagles' ninth consecutive loss, a 27-19 flop against UAB, to put right what once went wrong..
- - - 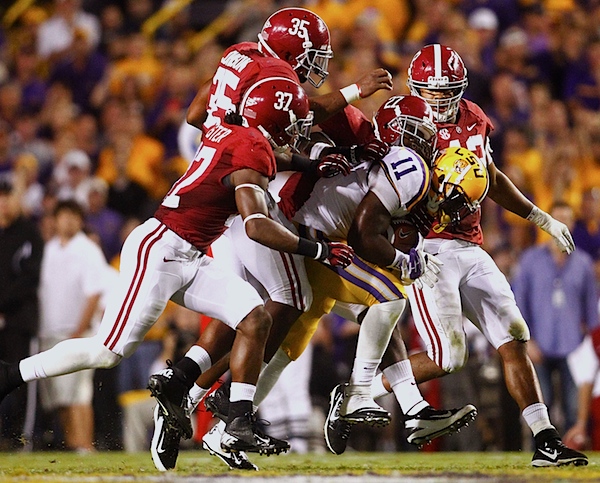 In a pre-election stunner, LSU tailback Spencer Ware carries the state of Alabama.
- - - 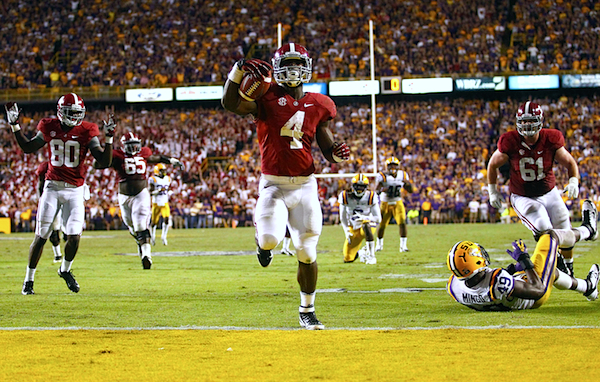 T.J. Yeldon, on one end of Alabama's game-winning, season-saving touchdown at LSU...
- - - 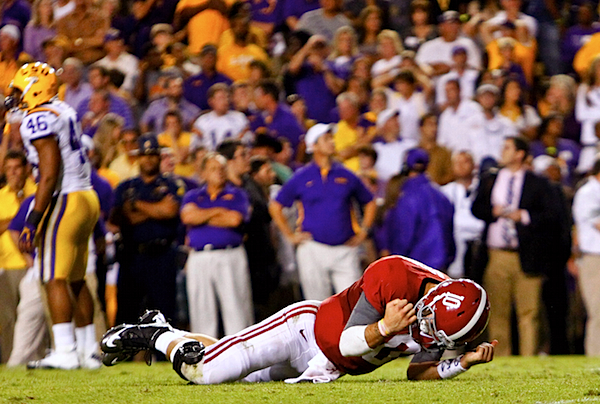 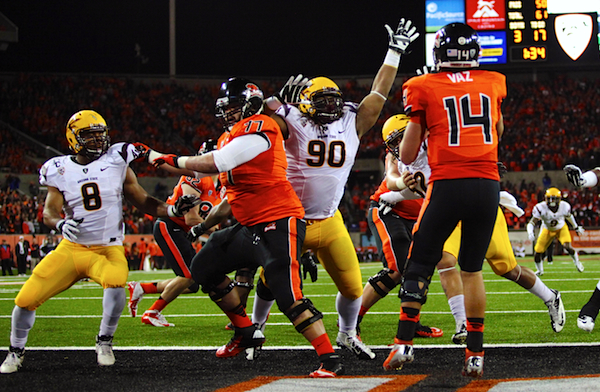 Good research on Nike's part, but something tells me Arizona State's Will Sutton is not the most effective billboard for targeting Oregon State quarterback Cody Vaz.
- - - 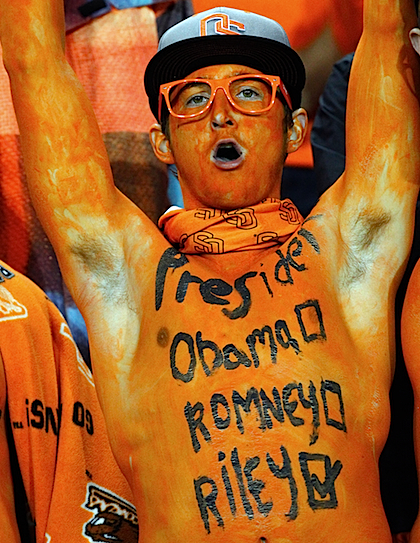 Fuck it ,Beaver bro is voting his conscience.
- - -