Agony and Ecstasy, Week 6: Texas torment, and more of the week's best photos

From Chapel Hill to Berkeley, it's the pics of the week.

Share All sharing options for: Agony and Ecstasy, Week 6: Texas torment, and more of the week's best photos 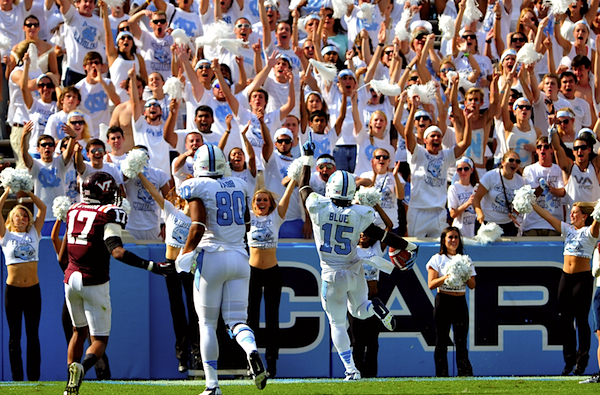 North Carolina's A.J. Blue broke free for a decisive touchdown in the Tar Heels' 48-34 romp over Virginia Tech, and don't the kids just love it?
- - - 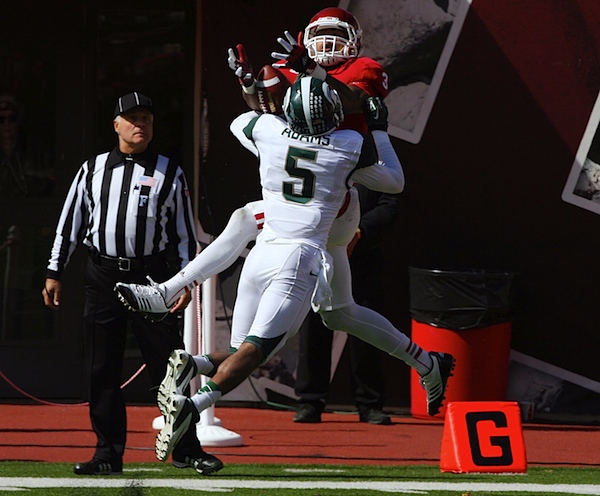 Michigan State's Johnny Adams is quietly whispering to Indiana's Cody Latimer, "You will not catch this ball."
- - - 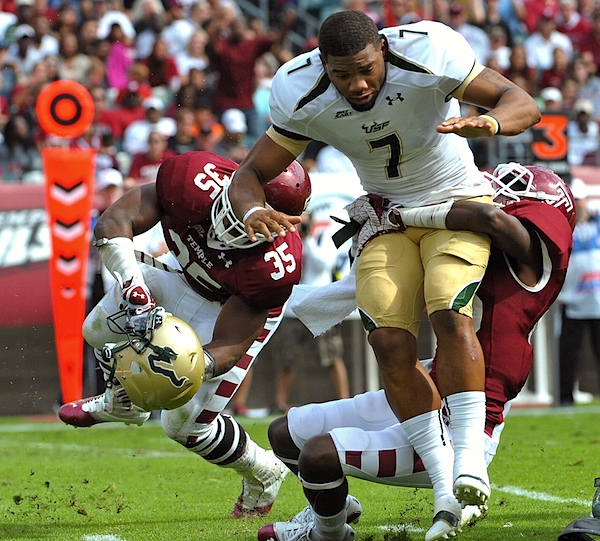 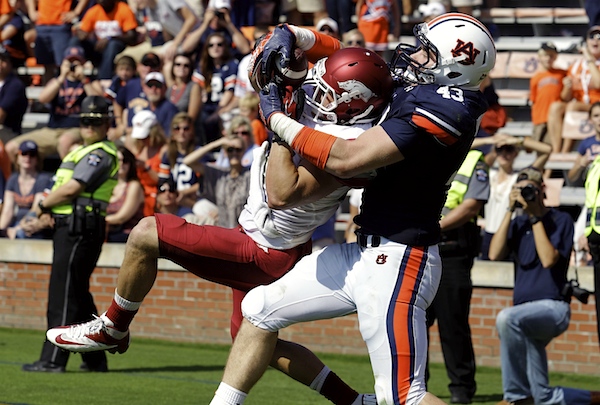 Try as he might, Auburn tight end Phillip Lutzenkirchen couldn't prevent this interception by Arkansas safety Ross Rasner, or any of Auburn's other four turnovers in a 24-7 flop at home.
- - - 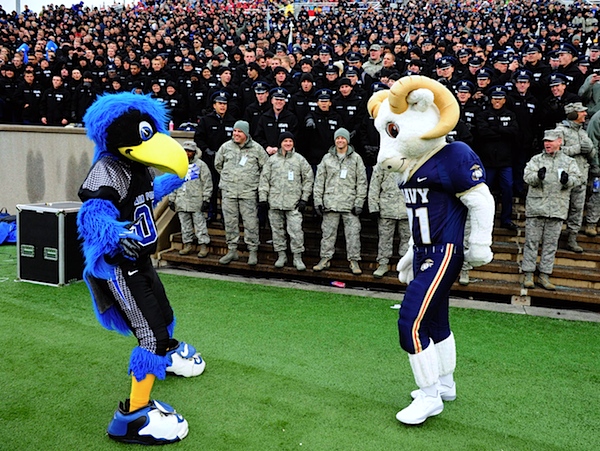 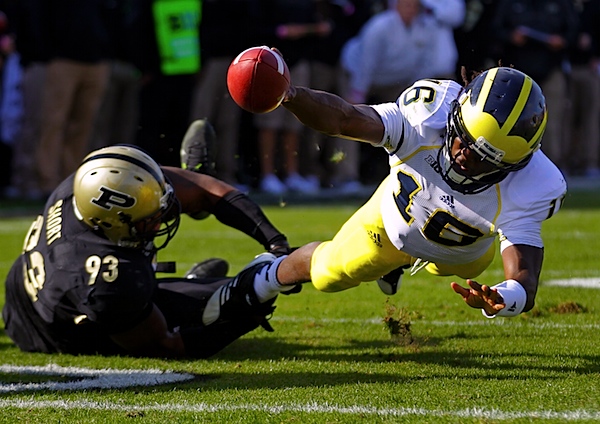 Purdue's Kawann Short tries to catch Denard Robinson by the toe, one of the few parts of Robinson the Boilermakers were actually able to lay a hand on in a 44-13 blowout.
- - - 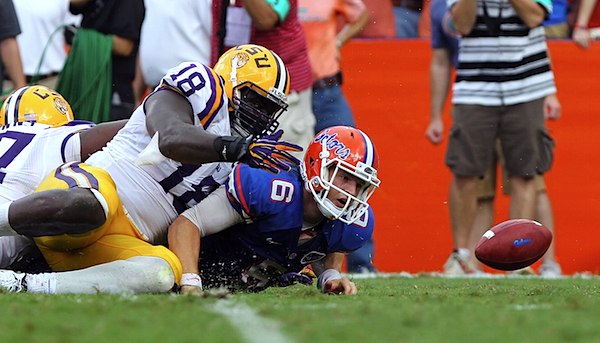 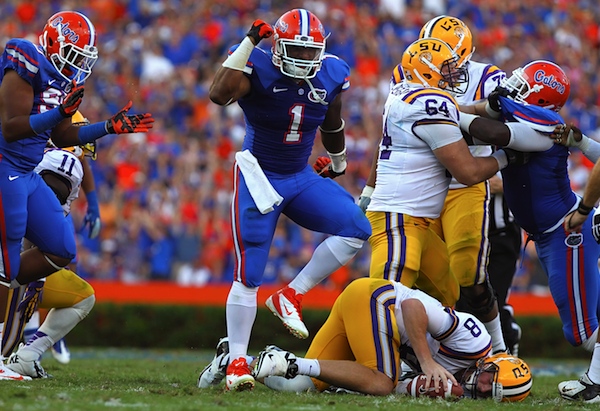 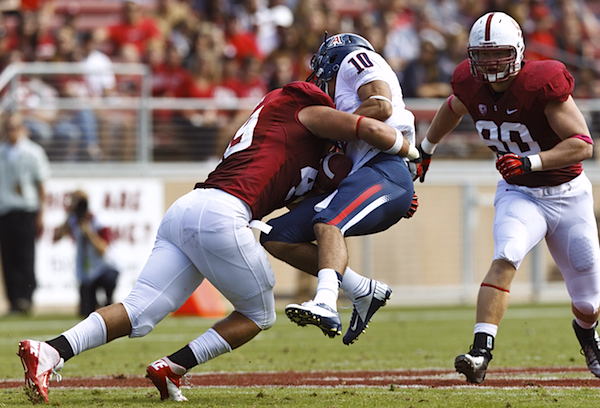 Arizona quarterback Matt Scott set multiple Pac-12 records against Stanford, one of which may have been for lift on this encounter with Ben Gardner.
- - - 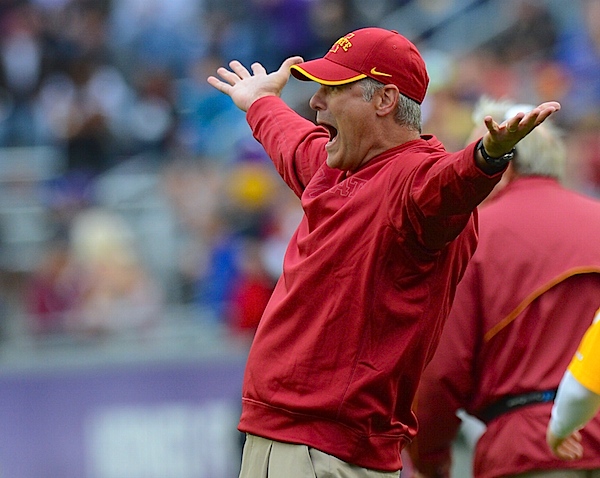 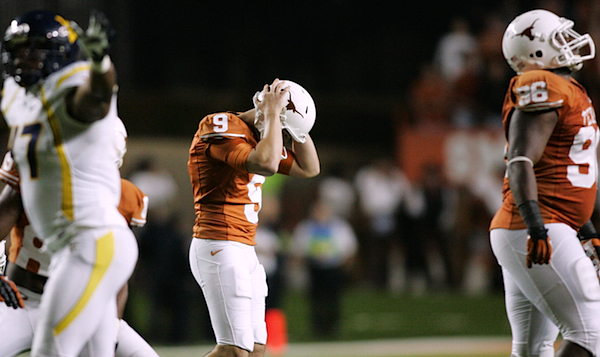 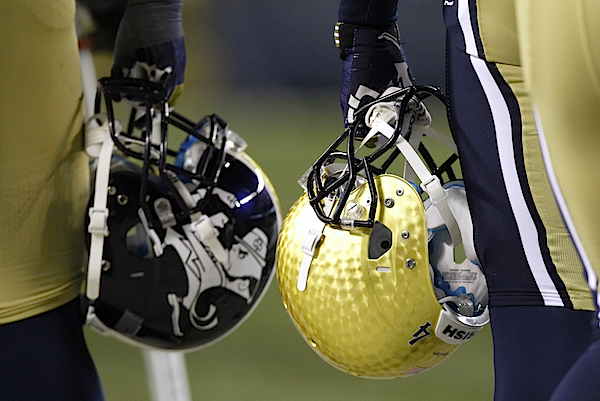 The Fighting Irish didn't seem to have any problems reminding one another they're all on the same team here in a 41-3 bludgeoning of Miami.
- - - 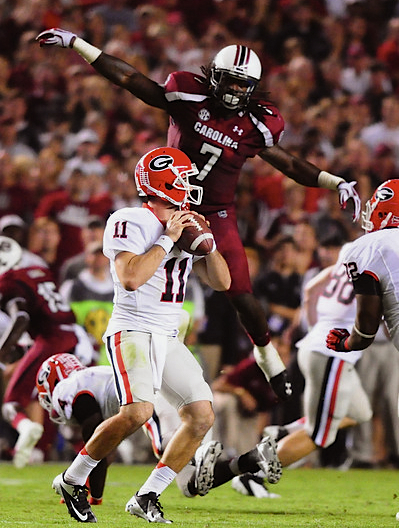 Just when he thought his night couldn't get any worse at South Carolina, Aaron Murray twitches involuntarily as Jadeveon Clowney appears in a vision out of every quarterback's deepest, darkest nightmares.
- - - 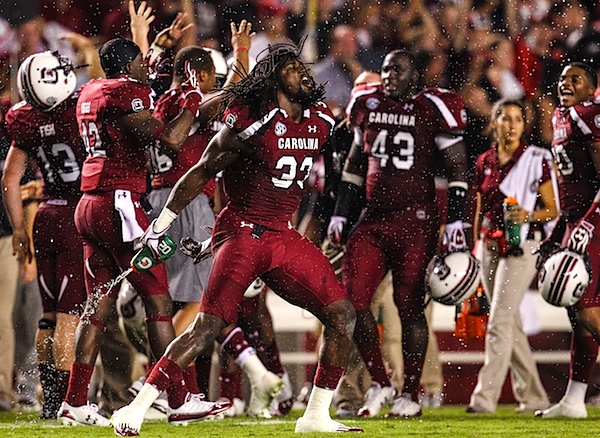 At the start of the fourth quarter, Damario Jeffery was slightly enthused by the Gamecocks' effort over the first three.
- - - 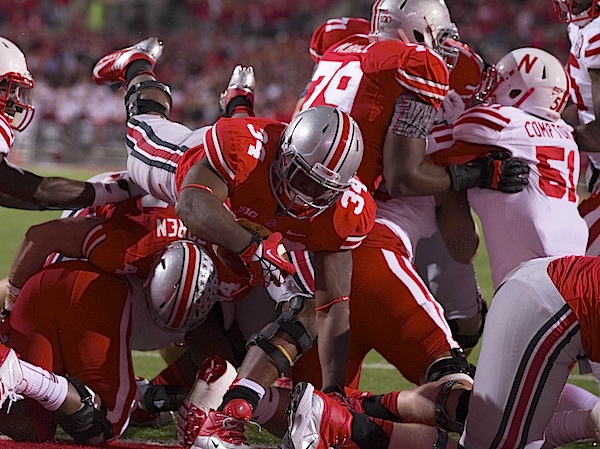 Carlos Hyde's four-touchdown night against Nebraska was a little over-the-top.
- - - 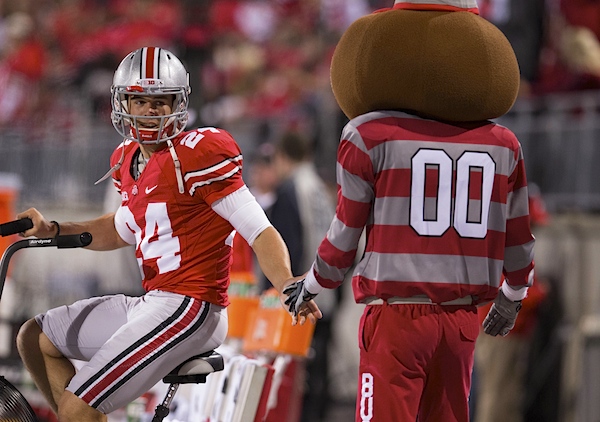 Brutus instructs kicker Drew Basil on the finer points of the exercise bike.
- - - 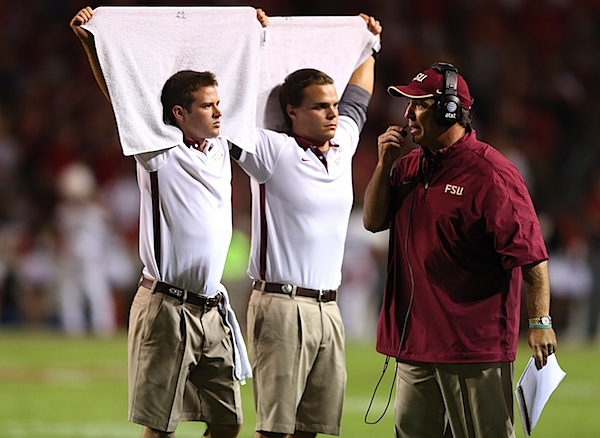 In fact, neither one of these bros actually works for Florida State. Jimbo Fisher just never noticed they were there.
- - - 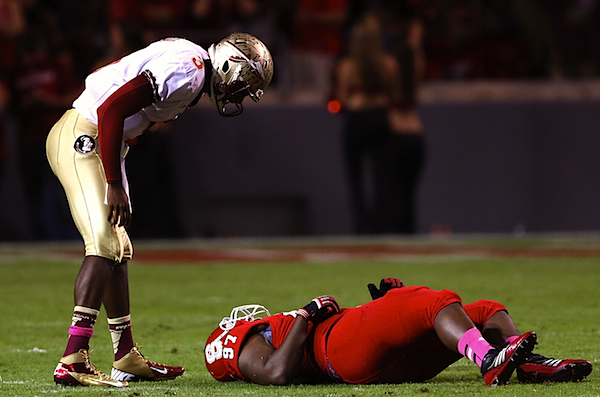 Something tells me E.J. Manuel was feeling slightly less concern for N.C. State's Forrest Wood by the end of the Wolpack's come-from-behind, 17-16 upset.
- - - 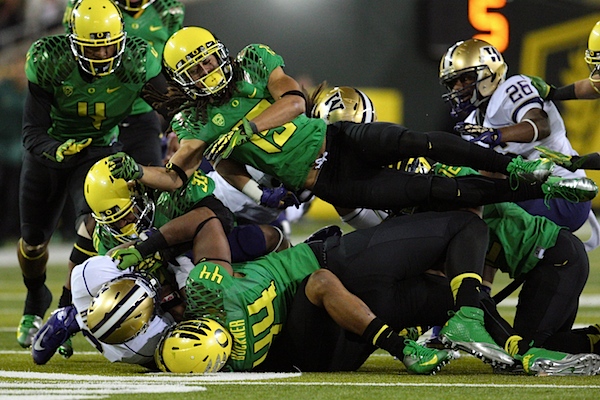 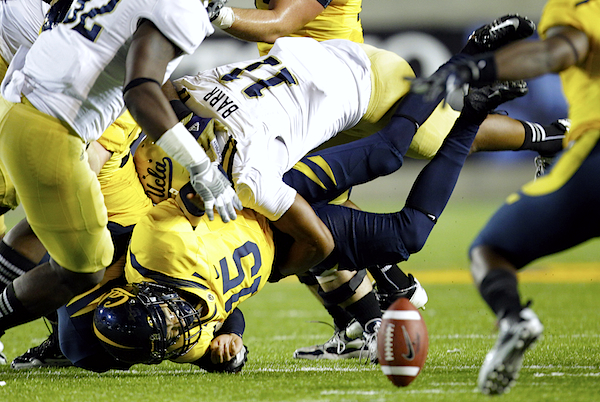 Zach "Sack" Maynard was only sacked three times in Cal's 43-17 upset over UCLA – a dramatic improvement over the previous three weeks – but Anthony Barr made sure he didn't get too comfortable in the process.
- - -