Agony and Ecstasy: Is Bob Stoops not a man? And more of the best photos of Week 9

From Lawrence to Seattle, it's the pics of the week.

Share All sharing options for: Agony and Ecstasy: Is Bob Stoops not a man? And more of the best photos of Week 9 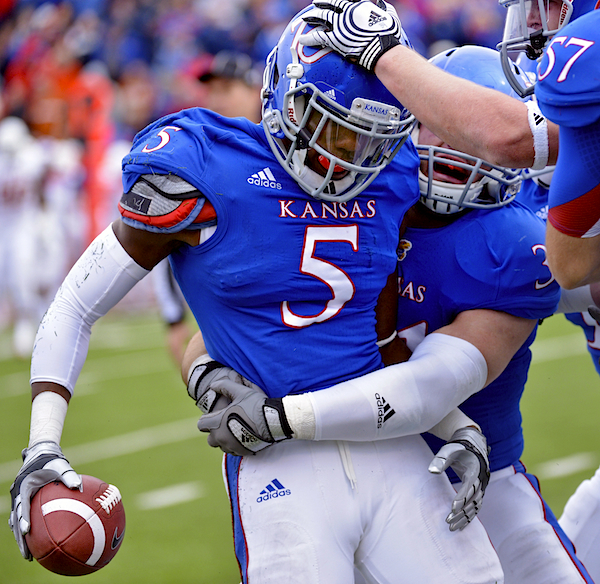 Greg Brown feels the love following an interception in Kansas' near-upset of Texas. 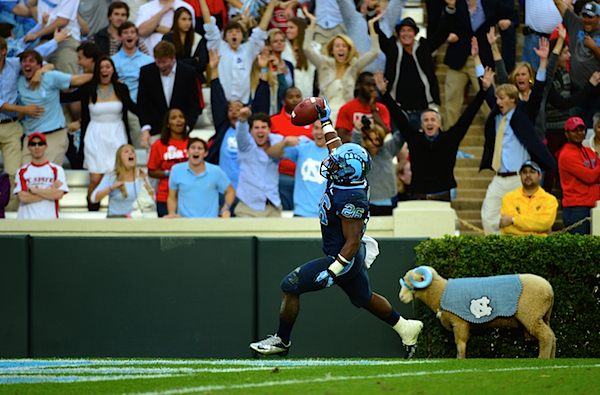 All the kids in Chapel Hill just loved Giovani Bernard's game-winning punt return against N.C. State, although Ramses the Ram was not impressed. 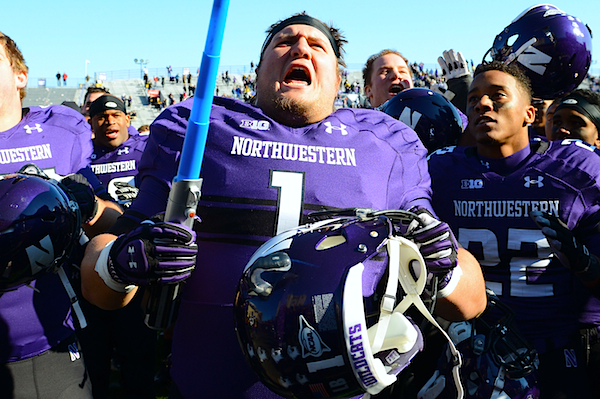 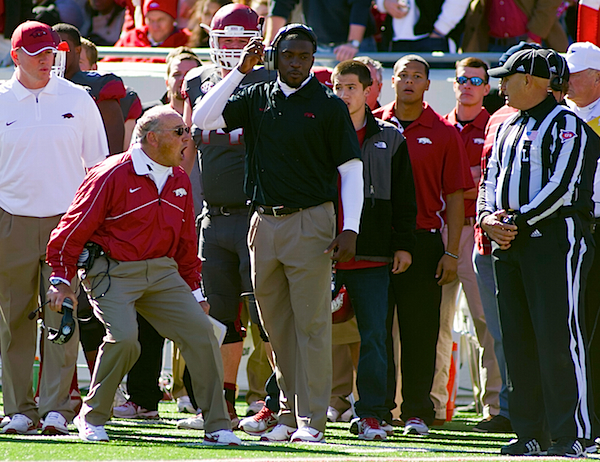 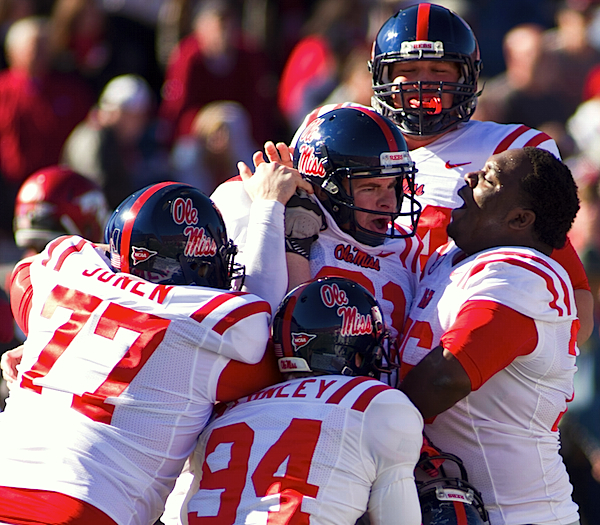 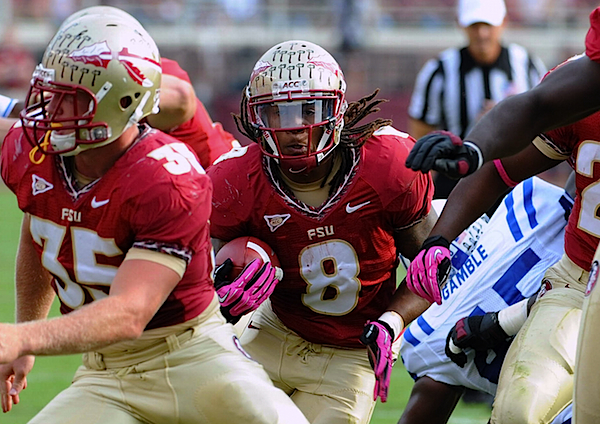 Devonta Freeman had no problem weaving through Duke's defense in another Seminole blowout. 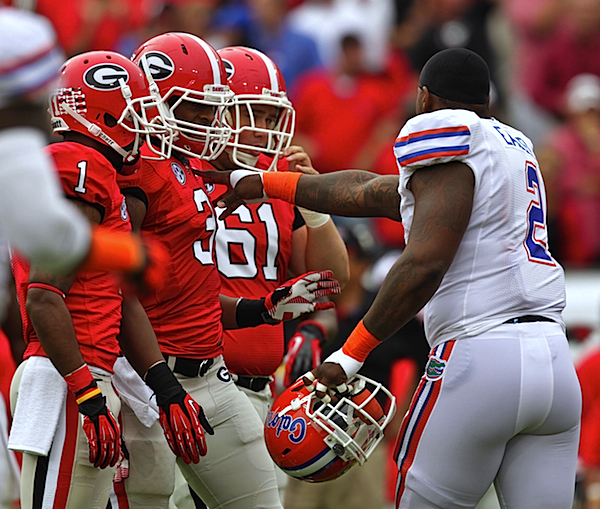 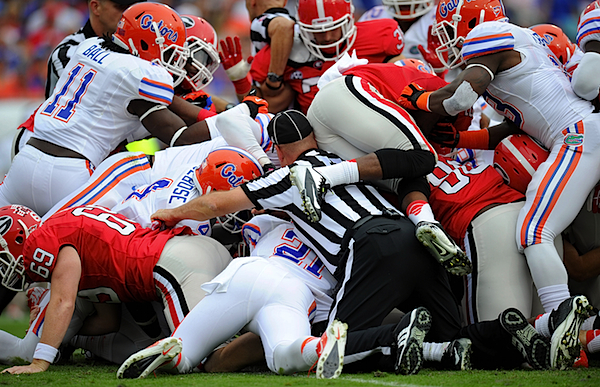 Everyone at the Cocktail Party got a little up-close and personal. Sometimes a little too personal. 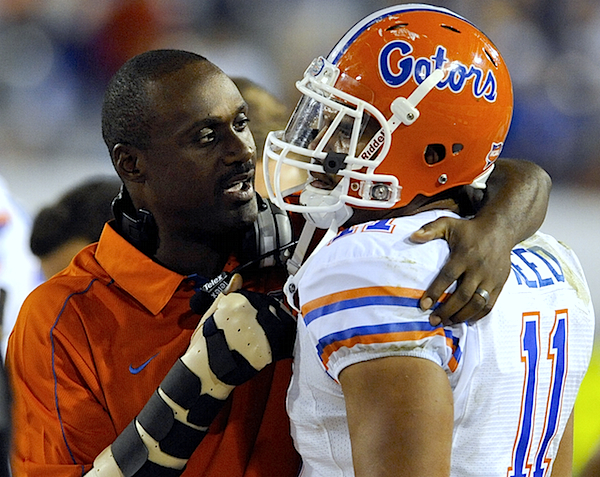 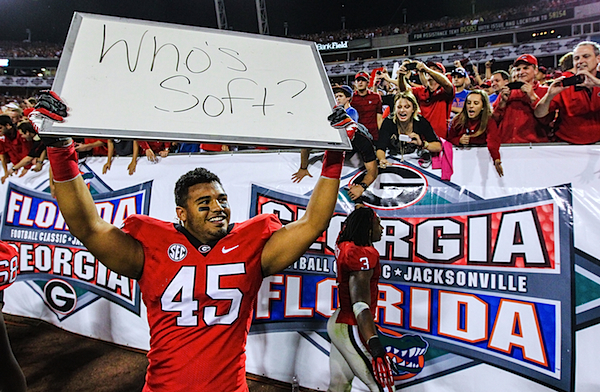 Christian Robinson projects a strictly internal meme on the rest of the world. 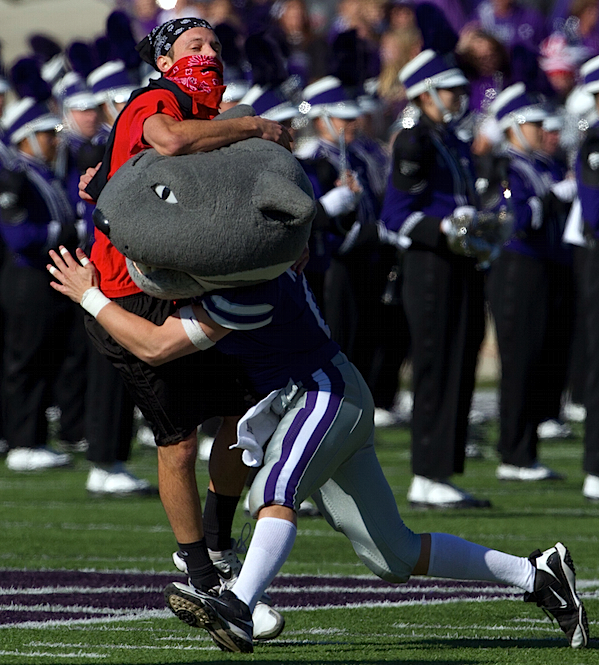 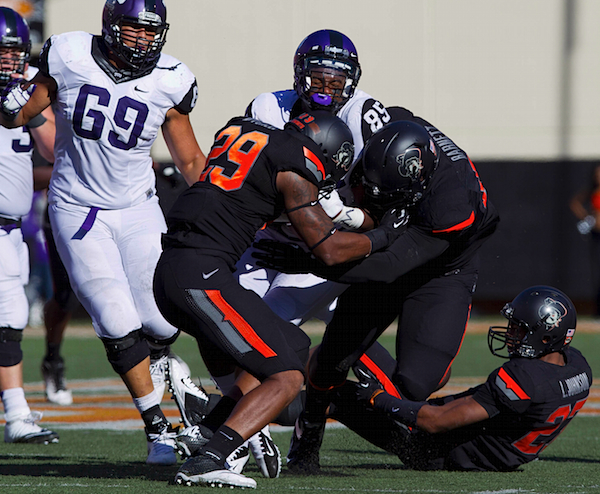 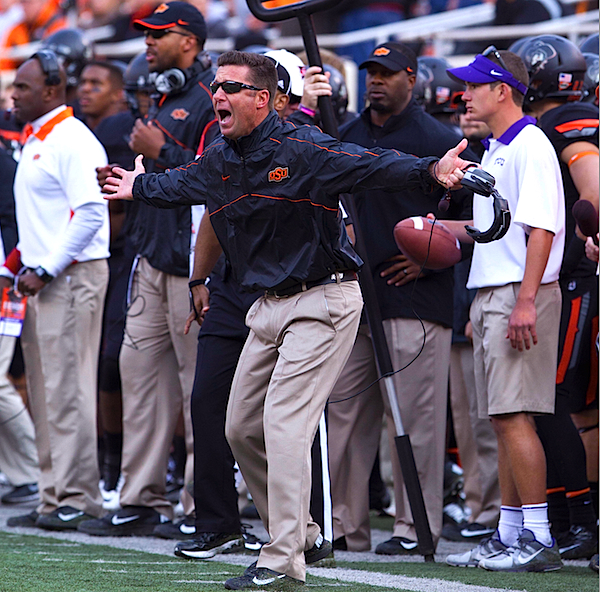 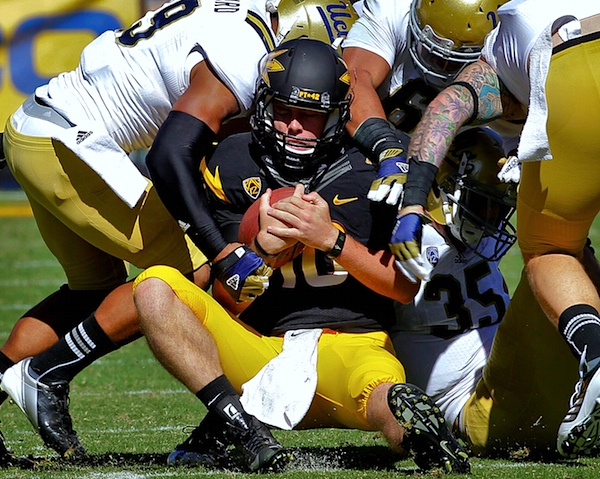 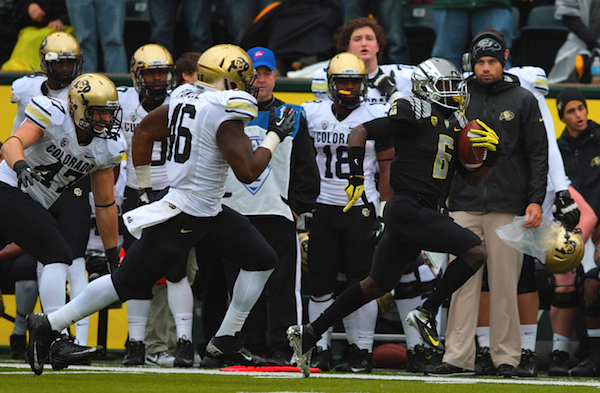 Just wondering about the one bro on Colorado's sideline who seems surprised De'Anthony Thomas is leaving his teammates in the dust. 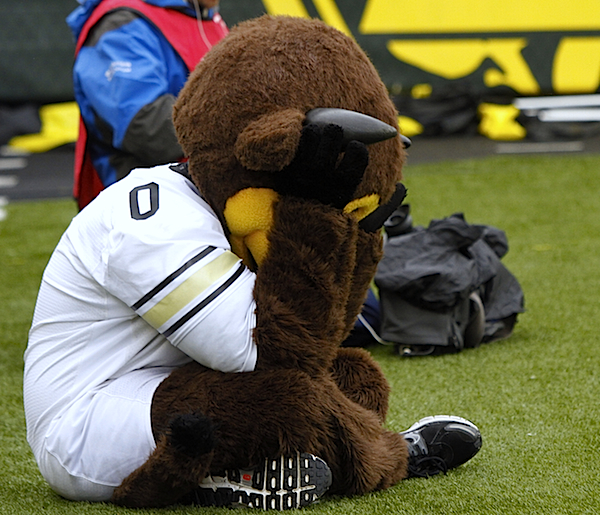 I don't think there's really anything to add here. 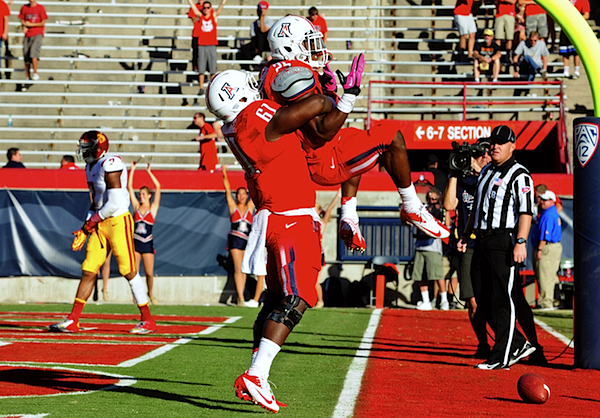 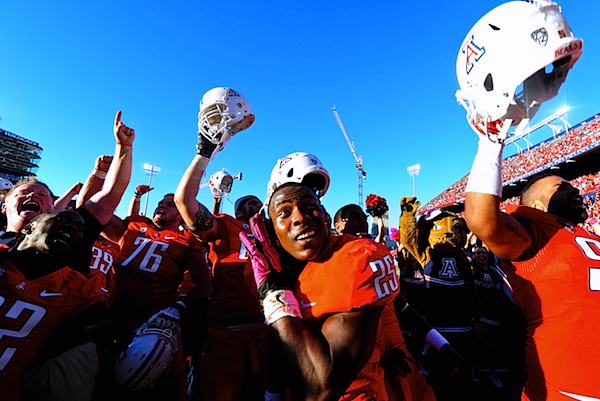 -After the game, Carey and all his rowdy friends strained to hear the haterzzz. 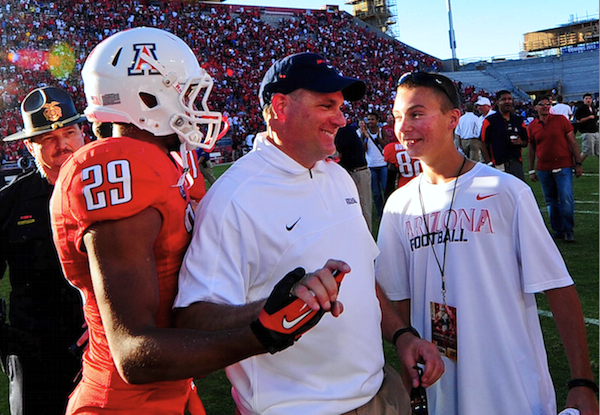 Rich Rodriguez is having a good year. 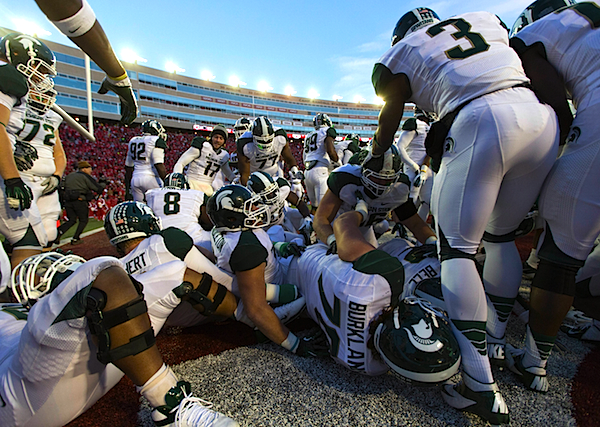 Michigan State celebrated its overtime win at Wisconsin by burying tailback Le'Veon Bell along with five of his best linemen in the Camp Randall end zone. 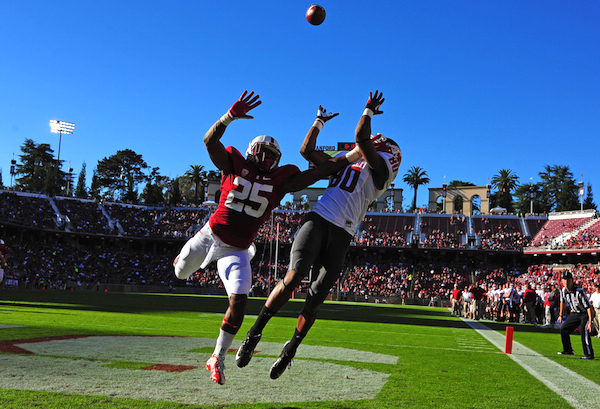 Stanford's Alex Carter takes a leap of faith to stop Washington State's Dominique Williams from coming down with an early touchdown. 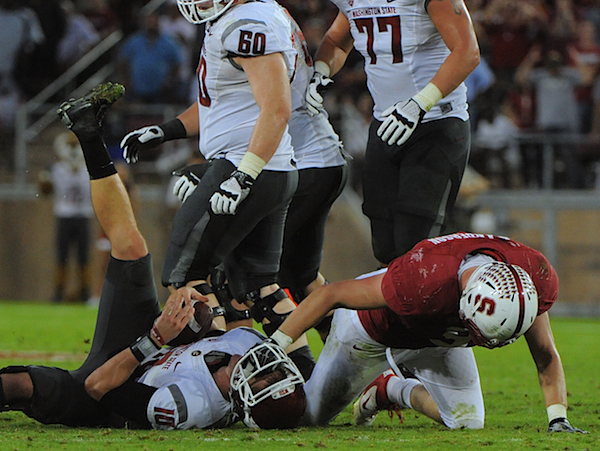 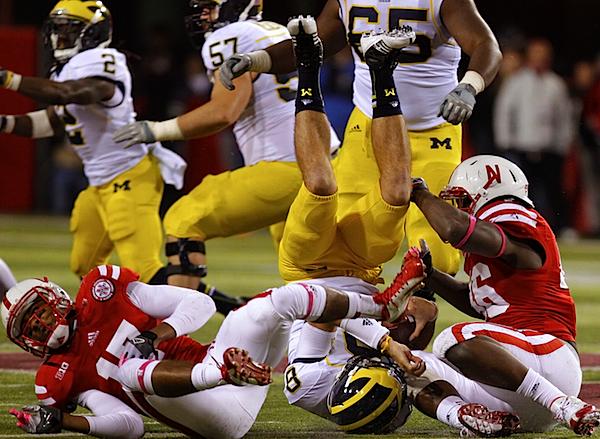 Michigan quarterback Russell Bellomy, embodying the feelings of all Wolverine fans at Nebraska. 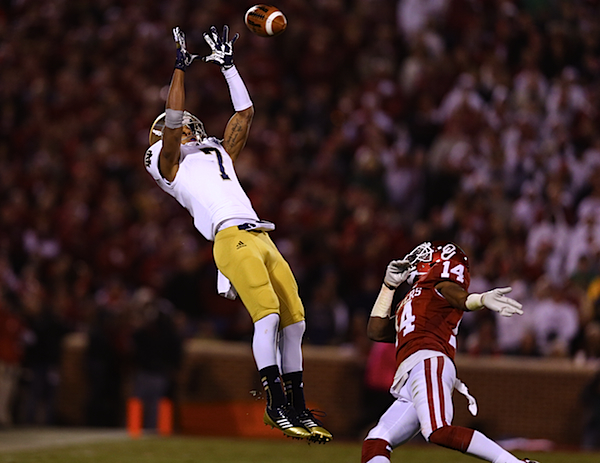 Among T.J. Jones' many lesser-known talents is the power of temporary flight . 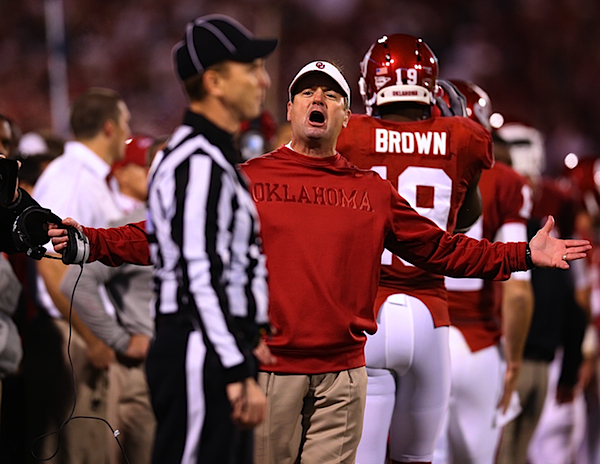 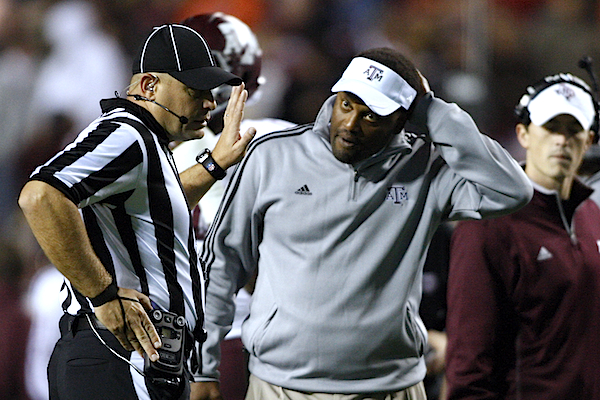 Excuse me, are you putting Kevin Sumlin on hold in the middle of a conversation? You done messed up now. 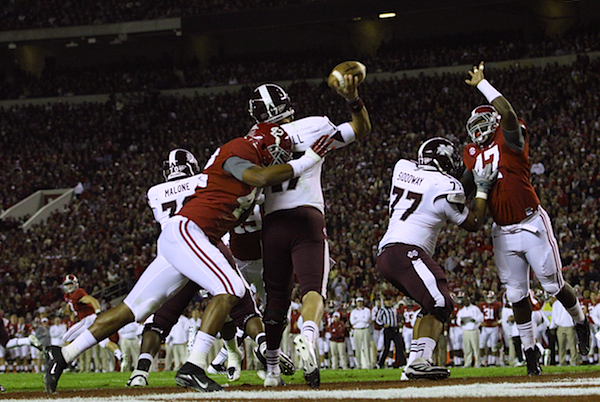 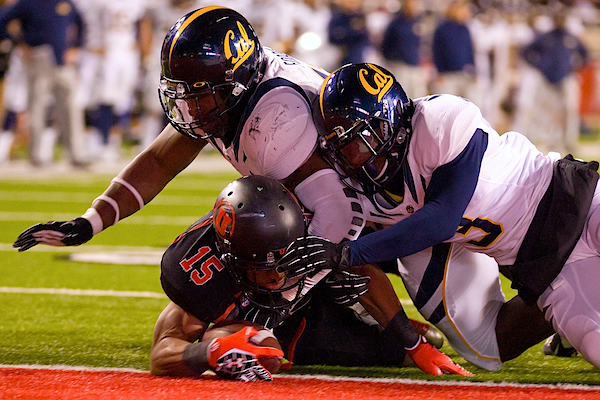 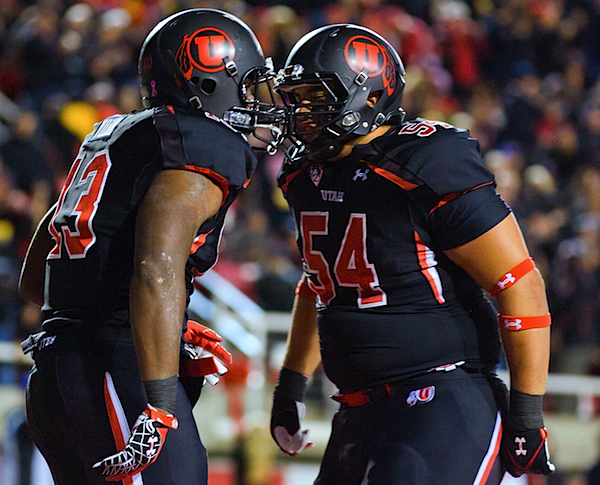 Kelvin York and Tevita Stevens engage in the friendship ritual common to the Ute species. 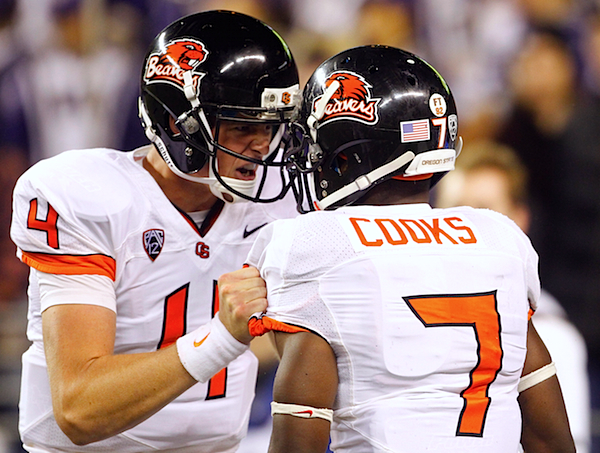 Sean Mannion's... uh, enthusiasm after a touchdown pass to Brandin Cooks couldn't stave off Oregon State's first loss at the hands of Washington.