SMQ departed for some brief time off 11 days ago promising Alabama, among others, will have "caught up" with most of its head coach-less contemporaries with a traditional Naming of the Coach, or, at minimum, put a merciful end to hilarious "I am not a candidate for the Alabama job" jokes. Indeed, the Tide apparently had its man, only to be spurned by the apple of its eye. Again.

And so the cycle continues: the same old speculation, the same old candidates on the interview scene, the same old futile pining certain to end in disappointment. Is this really what Alabama, a smart and attractive program and university with a lot going for it, really wants? Another pretty face on the rebound? Where has this approach left the Tide in the past? Jilted, embarrassed, desperate and saddled with baggage. And what effect has this constant reintroduction of new coaches had on the players?

Sometimes, difficult searches in a transition from one head coach to another can be a sign of deeper dysfunction, and also that, perhaps, another coach isn't what's actually best for a program or its players. The longer the university goes without naming a successor to the Perplexed-Looking Mike Shula, the more it might want to consider cooling its search for a while and forging ahead as an Independent Football Unit.

It may seem awkward or draw criticism from a head coach-centric society hostile to lifestyles it sees as "alternative," but while different than the "traditional" program in our coach-obsessed environment, Independent Football Units are capable of overcoming the unique challenges of operating without a demi-god as head coach. And Alabama would not be exactly a pioneer. The "player-coach" was a staple of early college football, which operated without one player officially functioning as the highly-paid "head" of his peers; the foundations of the sport, you could say, are thus in the idea of the player as his own individual, rather than just another tool at the disposal of the almighty, despotic head coach. Some modern programs are electing to return to these player-centric roots: the People's Republic of Arizona State, in fact, while retaining the deposed Dirk Koetter as "head coach" in a figurehead role this season, actually performed as a player-run democracy informally headed by el Presidente Rudy Carpenter which made many of its own personnel decisions, and the Sun Devils responded by securing a trip to paradise via a berth in the prestigious Hawai'i Bowl. Though the PRASU has "officially" hired Dennis Erickson to perform the duties of "head coach," it is believed Erickson was hand-chosen by Carpenter precisely for his notorious lack of oversight and/or sobriety, and will actually perform few of his title's responsibilities outside of public appearances.

Dennis Erickson just wants to go with the flow, man

Alabama is poised to take the next step by not only eschewing the orthodoxy of a central figure as the "head" of a program with many dynamic individual elements, but actually embracing its circumstances and serving as an inspiration for other programs afraid to break the vicious cycle of serially abusive and dysfunctional coaching relationships.

MYTH: Players from Independent Football Units will never develop healthy coaching careers themselves.
FACT: Players from coachless programs seem to put more energy into developing their coaching careers. A recent study of more than 6,000 coaches found that 43 percent of coaches from coachless programs are happily employed - about the same percentage as those who were reared in "traditional" programs.

MYTH: All players need role models. The sooner a program hires a head coach, the better.
FACT: Players benefit from the presence of both head coaches and coordinators in their life provided those men and women are emotionally healthy. Players actually suffer more harms by playing in the midst of conflict and unhealthy role models than by working together as one healthy, effective Unit. An Independent Football Unit consisting of teammates with good organizational skills can compete with "traditional" teams successfully without a coach by building a good support system - a circle of compassionate boosters, inspiration-seeking media and mature, adventurous recruits.

MYTH: Players in Independent Football Units have lower self-esteem.
FACT: Players in Independent Units are no more likely to suffer from low self-esteem than their peers from a head coach-centric program. Studies indicate that playing time can be a deciding factor relating to a player's self-esteem. All programs need to emphasize to their players that who they are is not based on how many touches they have. A strong sense of self-esteem helps players resist negative peer pressure and gives them the confidence to face challenges and try new things. 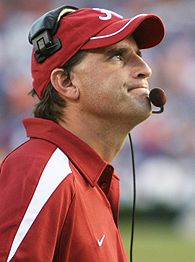 Sure, there were some good times, but maybe some programs just weren't meant to have a head coach

MYTH: Independent Football Units are "broken" programs.
FACT: Most schools who struggle to find that right coach or decide not to re-hire do so because they want to create a stable environment for their players. If there is a great deal of conflict in a relationship between a coach and a university, athletic department or fan base, a change to an Independent Football Unit can result in a reduction in tension, hostility and discord and an increase in team solidarity and consistency. It is the players of programs whose coaches are retained despite constant conflict, or who experience a constant shuffling of coaches, who often encounter problems. When anxiety is high between "higher-ups," players' emotional needs are often ignored, rules are not consistently enforced and players feel less secure. When the tension is alleviated, however, player-focused Independent Units can focus on their teammates' needs. Effective on-field skills and healthy relationships are what make a team whole.

Now that you know what isn't true about Independent Football Units, here are a few common strengths of Independent Units that definitely are:

· Players in an Independent Football Unit may have the flexibility to spend more time with one another and, indeed, on the practice field, without the demands of a coach insistent on meetings and cliched "motivation." Independent Players don't have to concern themselves with a head coach's needs or schedule.

· Independent Football Units become more interdependent, finding that working together helps solve problems. Because coaches rely heavily on a rigid, punishment-reward system rather than the voluntary cooperation of their charges, players are rarely acquainted with the decision-making and problem-solving processes. Young people tend to feel more needed and valued as contributing members of the team and are more likely to carry out decisions they played a part in making. In Independent Football Units, each player's help and cooperation is required on a daily basis.

· Independence presents challenges that often require new skills and further education. Independent Players may discover new strengths they didn't know they had as they take on new responsibilities.

· Independent Football Units can provide support to one another. Such groups can be a valuable source of inspiration for activities, sharing, personal growth and new relationships.
Once it has a little taste of Independence, Alabama Football may never look back. Something to consider during this trying holiday season.